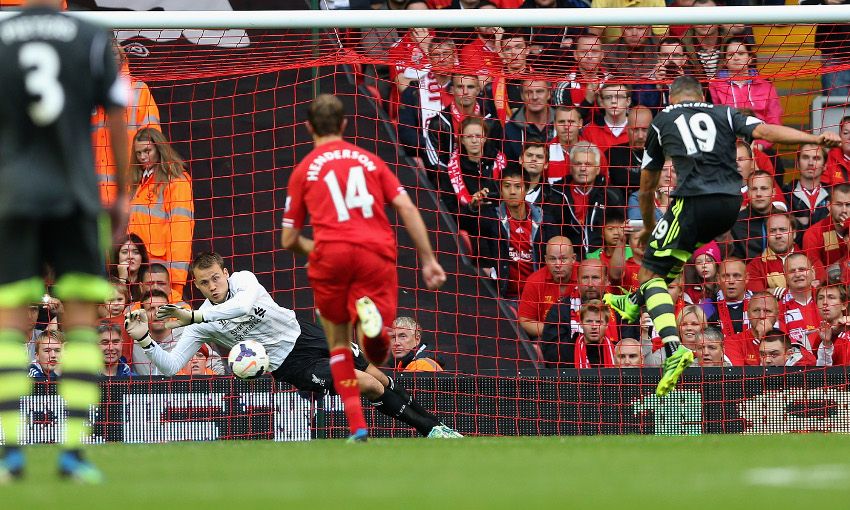 Simon Mignolet enjoyed a dream debut as Stoke City were put to the sword on the opening day of the 2013-14 season.

Daniel Sturridge netted the only goal of the game as the Reds made a great start to the season under Brendan Rodgers.

Hitting the ground running can sometimes be the catalyst for the campaign that lies ahead - and that was certainly the case at Anfield.

In the last minute of the game, Stoke were awarded a penalty, but Mignolet produced a brilliant double stop to deny Jonathan Walters.

The celebrations that followed were memorable and it was a season of excitement as the Reds went so close to lifting the Premier League title.