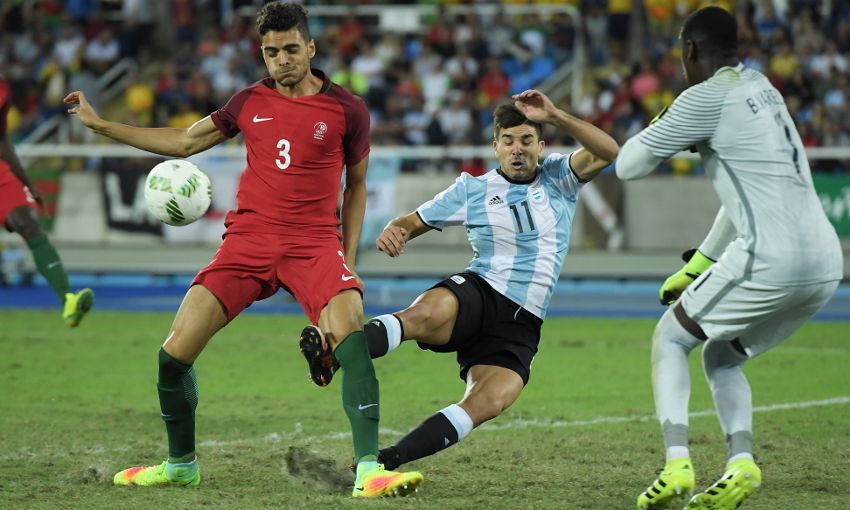 Liverpool defender Tiago Ilori was a late substitute in Portugal's 2-0 victory over Argentina at the men's Olympic football tournament on Thursday night.

Goncalo Paciencia and Pite scored the goals in the second half to secure three points for the Portuguese in their opening Group D fixture at the competition in Brazil.

Ilori was introduced for the final nine minutes of the tie in Rio de Janeiro.

Portugal play their second game of the tournament against Honduras at the same venue on Sunday evening, then face Algeria in Belo Horizonte next Wednesday.