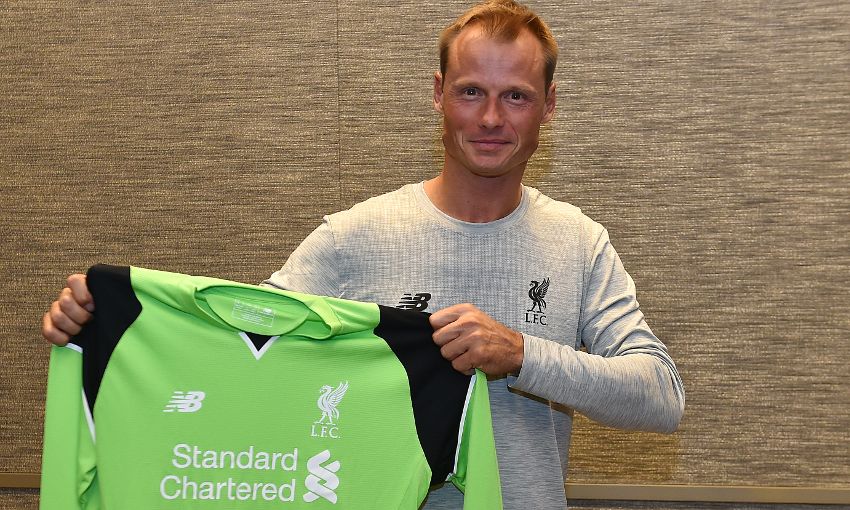 Liverpool Football Club have today completed the signing of goalkeeper Alex Manninger on a free transfer, subject to international clearance.

The 39-year-old has put pen to paper on a short-term deal with the Reds following his departure from FC Augsburg at the end of last season.

Upon signing his contract with the club in the United States, Manninger told Liverpoolfc.com: "Honestly, it was a surprise. After these years, in Italy and the last four years in Germany, I hadn’t given up, I hadn’t said ‘that’s it’, I still waited for the phone call.

"When Liverpool was on the phone, it was a great pleasure for me to take it on because it gives me what I was looking for. This is the moment I was waiting for until the end.

"I’ve still got something left, for sure, but obviously it’s probably not the time for me to push for the next three or four years to get a place in the goal. Because time says it’s not possible to play 50 games a year. But if I’m called up, I’m definitely there for games, I will play. And I’ll definitely be in the changing room every game, giving my input; I hope, even if it’s only a couple of per cent, it will do the rest."

A former Austria international with 34 caps to his name, Manninger has also represented clubs such as Arsenal, Fiorentina, Udinese and Juventus during his career.

Alex Manninger to wear No.13 shirt for LFC