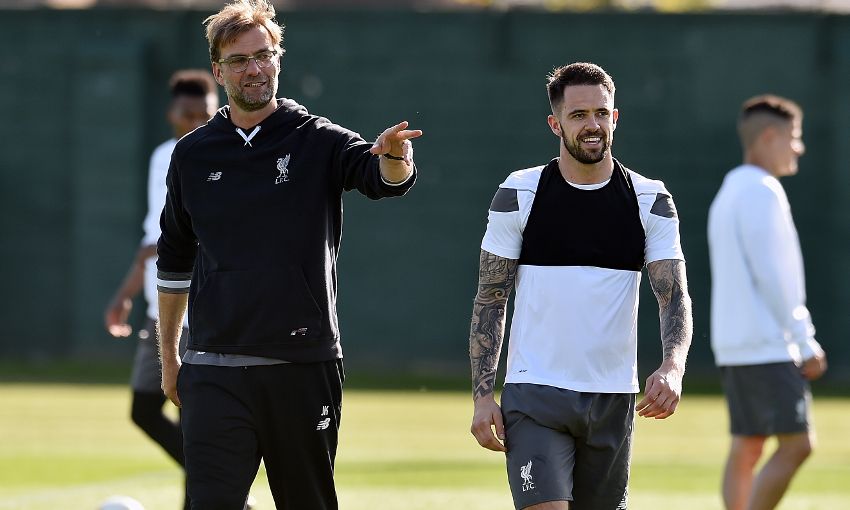 Liverpool will continue to wait on Jordan Henderson, Danny Ings and Divock Origi to see if any of the three can feature before the end of the season, Jürgen Klopp has explained.

The manager spoke to assembled media at Melwood on Friday afternoon to discuss both the Barclays Premier League meeting with West Bromwich Albion and the Europa League final against Sevilla.

Henderson and Origi are working to put themselves in contention for that showdown in Basel, while a decision will be taken on whether Ings makes a long-awaited return to action at the Hawthorns.

Klopp said: “Three players might come back, we have to see. I haven’t made final decisions.

“We have to see if Danny Ings, in the circumstances, is ready for West Brom.

“Divock and Hendo – Hendo did a little bit more but they are both in a good way.

“We have to see what happens in the next days. In the end, it’s not my decision. I am used to taking what I get, in this situation especially.

“We have to wait but they are pretty close; if the final was one week later, now we [would] talk. It will be close. We have to wait.”