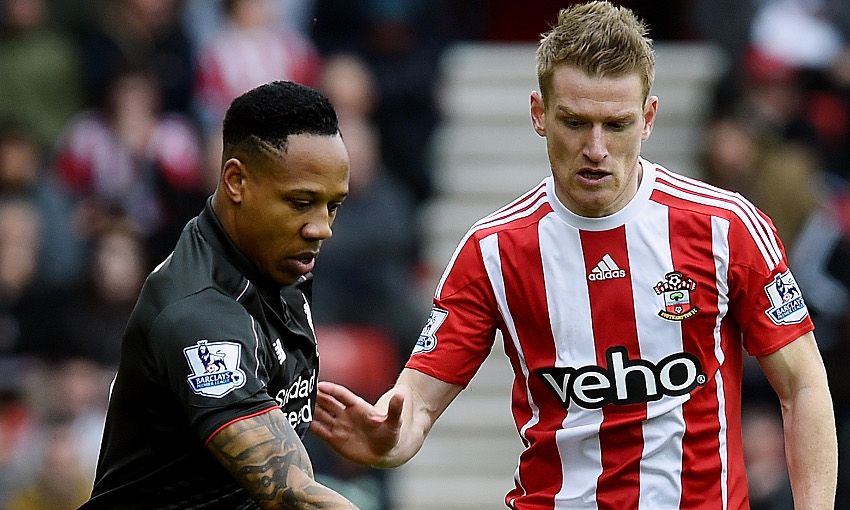 Liverpool were beaten 3-2 by Southampton at St Mary's on Sunday afternoon as the hosts recovered from two goals down with a second-half comeback.

Quickfire goals from Philippe Coutinho and Daniel Sturridge in the first half had laid a foundation that the Reds might have built on further before the break.

Simon Mignolet prevented the Saints from halving the deficit by repelling Sadio Mane’s penalty but the forward made amends shortly after the hour mark with an angled smash.

Graziano Pelle then whipped in an equaliser seven minutes before the final whistle and moments later Mane snuck in behind and struck the winner.

With Jordan Henderson on the bench and James Milner suspended, Jürgen Klopp handed the captain’s armband to Jon Flanagan, while Joe Allen and Divock Origi also came into the line-up.

It was a strong start by Ronald Koeman’s team and there was a chance from a corner for Virgil van Dijk in the sixth minute, but the centre-back glanced his header wide under pressure from Origi.

There was a zip and thrust to the game in the early stages and once a crucial sliding tackle from Dejan Lovren thwarted Shane Long at one end, the Reds began pushing back towards the other.

The confidence borne from eliminating rivals Manchester United in the Europa League on Thursday, as well as three successive Premier League victories, began to show.

It was a Coutinho wonder goal that proved crucial at Old Trafford in midweek and the Brazilian was lethal again here to kick off the scoring, stepping in from his position left of the Liverpool attack and curling a low strike beyond the reach of Fraser Forster and into the bottom corner.

Buoyed by the breakthrough, Klopp’s charges promptly struck a second.

Coutinho’s forward pass released Origi and the Belgium international drove forward, drew out the remaining defenders and teed up Sturridge, who shifted his body to drill an angled shot home.

Southampton were shaken by the double blow and the Reds tried to capitalise, with Allen denied by Forster in a one-on-one inside the area at the end of an intricate counter-attack involving Coutinho, Adam Lallana and Emre Can along the way.

And when the Welshman did put the ball in the net on 33 minutes, the linesman correctly ruled it out. His prodded finish nestled past the goalkeeper but Mamadou Sakho was standing in its path and in an offside position.

Klopp made a substitution at half-time, introducing Martin Skrtel for Lovren, and within four minutes the No.37 was judged to have fouled Pelle inside the box at the cost of a penalty.

Mane, also brought on at the outset of the second period, assumed the duties from 12 yards but Mignolet made an excellent save diving to his right to preserve Liverpool’s two-goal advantage.

It remained somewhat of a precarious lead as the Saints improved and Mane was inches away from a tap-in at the back post after Van Dijk had nodded a free-kick into a dangerous area across goal.

And the pressure paid dividends for the hosts in the 64th minute when Pelle played in Sane and the forward rolled around Sakho and lashed a left-foot blast into the roof of the net for 2-1.

The manager sent on Christian Benteke and the No.9 should have restored the cushion once Lallana’s pressing left Southampton short at the back and he picked out his teammate, but the shot was wide of the post.

Koeman’s charges took full advantage and were level on 83 minutes as Pelle took possession 20 yards from Mignolet’s goal and dispatched a curving effort into the corner.

And the hosts were not prepared to settle for a point, with Mane breaking in behind the Reds defence moments later and sliding a low shot past Mignolet for the victory.