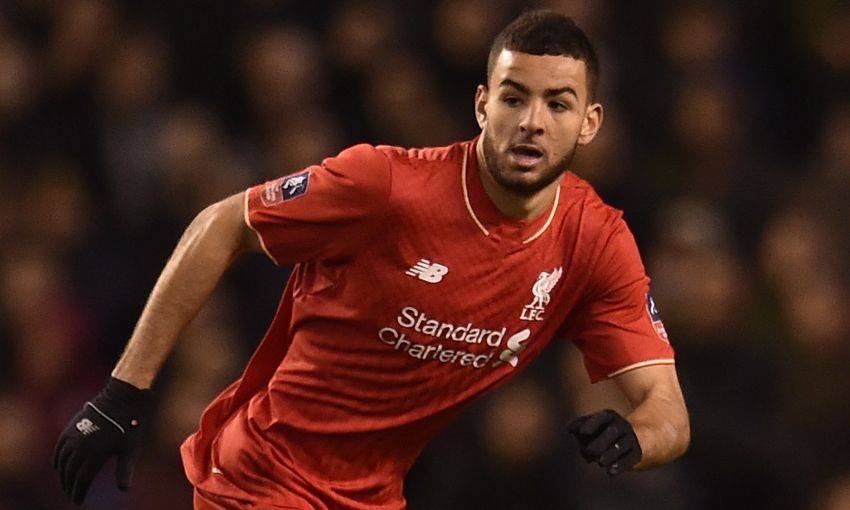 Liverpool midfielder Kevin Stewart has revealed he is ahead of schedule in his bid to return from the ankle ligament damage he sustained last month.

The 22-year-old was cruelly sidelined by a training ground injury just three days after his remarkable progress was rewarded with a Barclays Premier League debut against Aston Villa on Valentine's Day.

However, he is already back out on the pitches at the club's Melwood training base and is now eyeing a speedy comeback.

"It's going really well," Stewart commented when asked about his rehabilitation.

"I didn't expect it to get better so quick but I've been out on the pitch for about a week now doing some running and passing.

"So it's gone a lot quicker than expected."

Stewart, who joined the Reds from Tottenham Hotspur in the summer of 2014, was forced to wait patiently until January of this year to make his senior debut in an FA Cup game away at Exeter City.

But he seized his chance with both hands, and saw his commitment in training and performances across his first senior outings for the club recognised with a new contract late last month.

That fresh deal underlined the midfielder's standing in the eyes of Jürgen Klopp, and he could not be more grateful for his manager's guidance.

"I haven't known him for a long time but I think he made an instant impact on me the first time I met him," Stewart added.

"The game I played at Exeter, his pre-match talks and the way he dealt with players, I found it perfect for me. He tries to take the pressure off of you as younger players playing for the first team.

"He just reminded us that it's just a game, not putting too much pressure on ourselves. [He encouraged us to] go out there and express ourselves and if anything goes wrong he's happy to take responsibility for it.

"He got us in the mentality to go out there and just play as we normally do for an U21s game."

Although injury will preclude him from being involved, Stewart has still found himself wrapped up in the excitement of Liverpool's upcoming Europa League double-header against Manchester United.

And he is backing his teammates to build on their recent run of good form and get the job done.

"It seems like everyone wanted it really. It's going to be massive, a proper battle, I think everyone's up for it. It'll be a top game," he enthused.

"They're doing so well at the minute with three league wins [on the bounce]. Especially the one against Manchester City gave them a boost because we played so well.

"We're at a good place right now to go into the game and beat them."