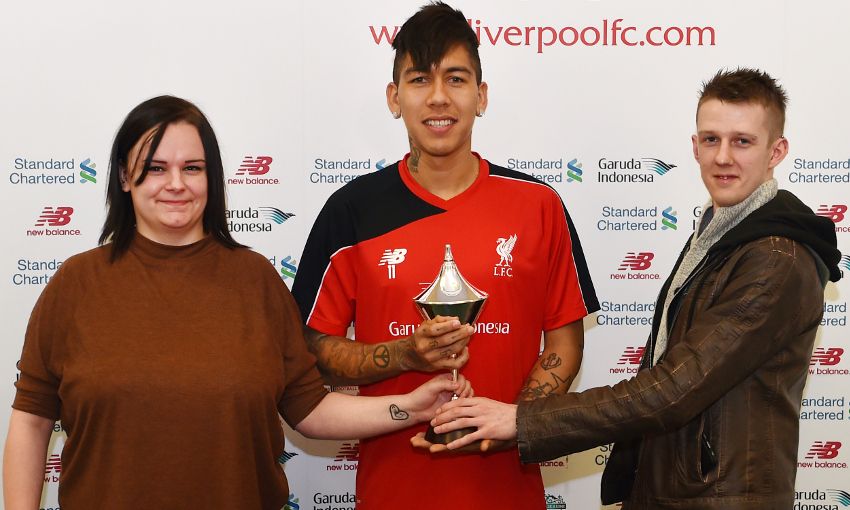 Roberto Firmino was presented with his PFA Fans' Player of the Month award for January by a lucky supporter at Melwood today.

The Brazil forward was in fine form at the start of the year, netting four goals in as many games in the Barclays Premier League to scoop the accolade.

Firmino, who beat Manchester United captain Wayne Rooney and Tottenham Hotspur's Harry Kane to the top-flight award, scored twice in Liverpool's 3-3 draw with Arsenal, before firing another double in the thrilling 5-4 win at Norwich City.

Every month throughout the English football season, fans will have the opportunity to vote on skysports.com for who they think has been the best player in the Barclays Premier League, Sky Bet Championship, Sky Bet League One and Sky Bet League Two, after Sky Sports teamed up with the PFA to be the digital platform for the awards.

Before the vote opens each month, an expert panel will produce a shortlist of contenders. Fans will then be able to vote for the player they think deserves the award.

The panel includes Sky Sports football pundits Paul Merson, Ian Holloway and Peter Beagrie. That trio will be joined by Mike Riley, general manager of the Professional Game Match Officials, and Malcolm Clarke, chairman of the Football Supporters Federation, as well as the winning fan from each month. 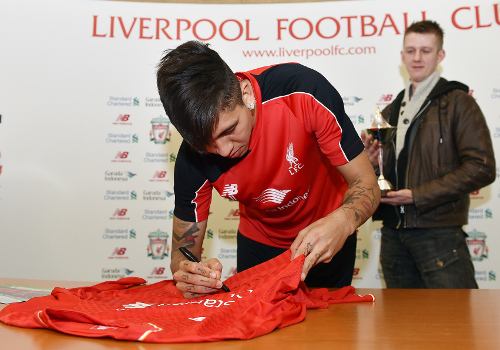 Lucky fan Jon Hawkins and his guest, Lauren Hazell, enjoyed a special trip to the Reds’ training ground this morning to present the award to Firmino in person. They were then invited by the forward to watch the team train.