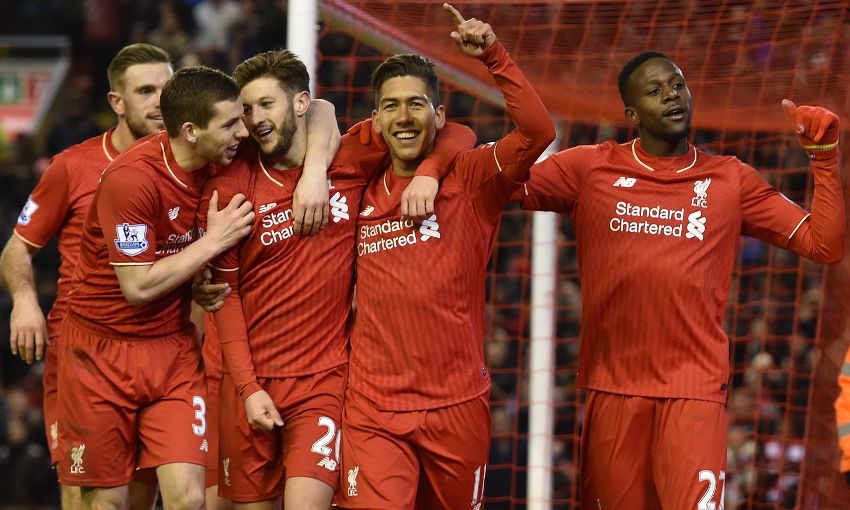 Liverpool went some way to exorcising the ghosts of their Capital One Cup final defeat as they produced a dominant performance at Anfield to beat Manchester City 3-0 on Wednesday evening.

Adam Lallana put the hosts ahead with a low strike from range in the first half before former City man James Milner brought an end to a smooth exchange by poking the ball home.

Roberto Firmino, who was a thorn in the visitors' side all evening, then capped the rout and an admirable showing in the second half as he finished emphatically at the Kop end.

With Sunday's exertions at Wembley Stadium in mind, Jürgen Klopp made five changes to his starting XI, with Divock Origi and Jon Flanagan among those given a chance to shine.

City, meanwhile, switched out just three of the players who began their cup final victory, and the extra miles in the legs appeared to contribute to a sluggish start.

The Reds had their opposition penned in for the opening minutes of the game, with Origi's presence up top and ability to link play causing trouble.

But City quickly recovered, and the game had a more even feel by the time Fernandinho headed a corner delivery just wide of the Kop-end net.

The sides traded chances after that, with Firmino testing Joe Hart from the edge of the box after a clever turn before Jesus Navas whistled a dangerous low cross along the box that only needed a light touch to find the net.

But it was the hosts who would land the first blow, with Lallana sending in a low left-footed shot that seemed to take an age to go in and even appeared to catch Klopp off-guard when it found the bottom corner.

The goal buoyed the hosts, and they were unfortunate not to make the most of some forceful pressing in midfield that kickstarted a counter which ended in Firmino being flagged offside.

Thankfully, another chance was around the corner, and this time Klopp's men took it.

Lallana began the move with a backheel to Firmino, whose arrowed pass invited Milner to take a touch into the box before firing home, which is precisely what he did on his left foot to cap a fine team exchange.

There was still time for City to underline their obvious threat before the half ended, however, with only a brilliant Flanagan slide tackle preventing Raheem Sterling from taking a clean shot on goal.

And as the the game moved into the 45th minute, Sergio Aguero sent a header goalward that was blocked on the line by Milner, with the visiting fans calling for a penalty.

Manuel Pellegrini moved to spark his team to life at the break, replacing Sterling with striker Wilfried Bony before the resumption of play and calling on Kelechi Iheanacho with the second period in its infancy.

But, within two minutes of the latter making his way from the bench, Liverpool were three ahead.

A heavy Origi touch looked to have killed hopes of a quick counter, but Lallana's persistence was rewarded as he claimed the ball at pace before sliding in Firmino, who opened his body to finish confidently in the box.

Milner almost thrashed in another straight after, with Hart at full stretch to keep out his powerful drive and the Reds' dominance in no doubt.

But they required some fine defending from the veteran Kolo Toure to keep out the dangerous Aguero when he looked to have broken beyond the backline to receive a well-struck pass into feet.

Klopp looked to his bench as time ticked down, with Christian Benteke and Joe Allen called upon to help the Reds ram home their advantage.

However, a controlled Allen shot from distance aside, the hosts didn't come close to adding further gloss - not that it mattered at the end of an emphatic win.