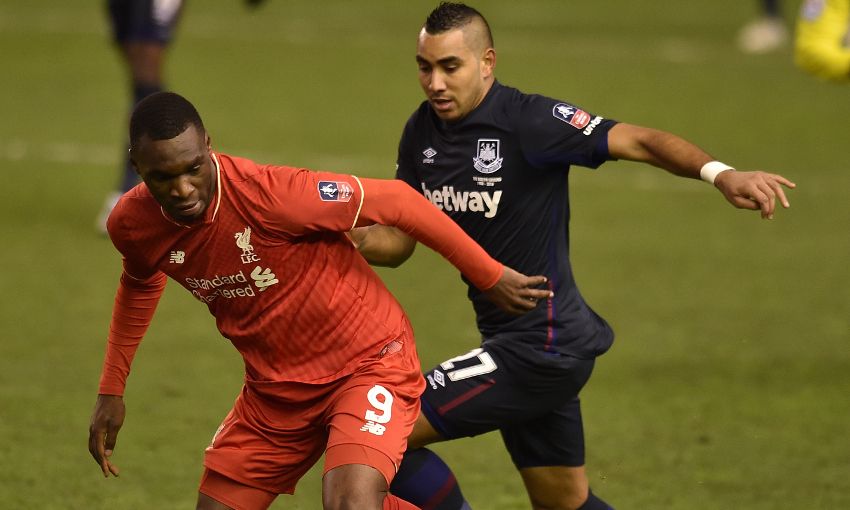 Liverpool will require a replay to settle their FA Cup fourth-round tie with West Ham United after the sides played out a 0-0 draw at Anfield on Saturday.

A Reds team smattered with Academy graduates created a string of chances over the course of an impressive performance, but couldn't find the goal that would book their place in the next round.

And that means Jürgen Klopp will take his team to Upton Park again next month for another crack at the Hammers.

With Liverpool's congested fixture list showing little sign of easing, the manager elected to make 10 changes to the starting line-up that edged past Stoke City in the semi-finals of the Capital One Cup on Tuesday.

Goalkeeper Simon Mignolet was the only man to retain his place from that fixture, while his fellow penalty shootout hero Joe Allen was handed the captain's armband for the first time as he started in midfield.

The Reds began the game in fine fettle, with Cameron Brannagan central to so much of their good work.

The young midfielder sent in a dangerous inswinger which Steven Caulker was unfortunate not to direct goalward in the early stages, before driving a left-footed volley attempt over the bar from range.

West Ham underlined their own threat soon after, with Dimitri Payet sending a clever free-kick just wide of the near post when a far-post cross was expected, and Enner Valencia heading an Aaron Creswell cross well wide when he should have done better.

But again, Brannagan was at the heart of a swift response from the hosts.

The No.32 curled a brilliant corner onto the head of Christian Benteke, whose effort was cleared off the line, and the pair then almost linked up in the same way from a free-kick only for the striker to narrowly fail to get a touch on the cross.

Brannagan then went solo, forcing Darren Randolph into a fingertip save at full stretch from a great strike on his supposedly weaker left foot.

West Ham were on the back foot and so didn't need the double blow of losing James Tomkins and Cheikou Kouyate to injury in quick succession, with Joey O'Brien and Nikica Jelavic their respective replacements.

However, the visitors rallied to carve out the best chance of the final moments of the first half, as Pedro Obiang volleyed just wide of Mignolet's right-hand post after a clearance.

Slaven Bilic's team again went close moments after the restart, when another dangerous Payet free-kick was flicked on by Jelavic, though neither the striker or Winston Reid could poke the ball beyond a defiant Mignolet.

After that narrow escape, the hosts rediscovered their composure, and should have been ahead when Nathaniel Clyne's infield run saw him tee up Allen, only for the stand-in skipper to fire into the Kop.

Joao Carlos Teixeira did better with an effort inside the box from Brad Smith's pull-back on the hour mark, though Randolph was equal to the Portuguese's powerful drive.

And the visiting goalkeeper was beginning to become an issue for the hosts as the final five minutes drew in, with his shot-stopping prowess denying them the rewards for some good approach play.

A fine near-post stop from Teixeira was followed up by saves from Benteke, Allen and then Benteke again in quick succession, as Liverpool's push for an opening goal met with resistance.

West Ham then threatened a smash-and-grab as Mignolet spilled a long throw-in and only a scramble in the box got the ball away.

Sheyi Ojo, Jerome Sinclair and Jose Enrique were introduced late on as Klopp pushed to settle the tie on Merseyside, but the visitors held firm to take the Reds back to London.