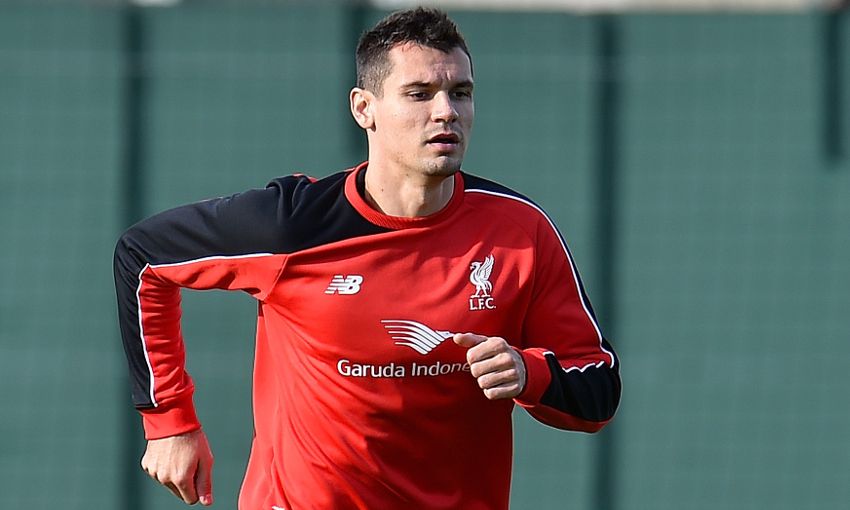 Jürgen Klopp has confirmed Dejan Lovren is likely to be back in the Liverpool squad to face Stoke City but says he must wait on the fitness of Nathaniel Clyne for tomorrow evening's Anfield clash.

The Reds hold a 1-0 aggregate lead over Mark Hughes' men going into the second leg of the Capital One Cup semi-final tie, and can seal a trip to Wembley with the right result in front of the Kop on Tuesday.

Lovren, who has been out of action since sustaining a hamstring injury in the first leg at the Britannia Stadium on January 5, has resumed training this week to ensure he is in contention for the return fixture.

But, while Klopp is pleased to see the Croatian back in the fold, he is wary of throwing him back into action too soon.

"Dejan, after three weeks he trained yesterday, a complete session with the team," the boss told reporters.

"It was good, but after three weeks we have to see. If nothing happens in the next 24 hours with Kolo [Toure] or Mama [Sakho] then I think we should do it again because Steven [Caulker] can't play.

"That's not too good - you can buy players in January but if you're still in the cup you can't use them!"

Liverpool have also suffered a further injury blow with the news that Clyne sustained a knock to his knee during the dramatic 5-4 win over Norwich City on Saturday.

The England full-back is a doubt for the meeting with the Potters as a result, meaning Jon Flanagan could be set for a return to the starting line-up, though the boss is reluctant to put too much strain on the Scouse defender after he recently ended a lengthy lay-off.

"Clyney got a knock on the knee. He is a really tough boy, he is always available, but I think today it will not work for training," Klopp added.

"We don't do too much, of course, but I think we should leave him out of training. We have to see what will happen overnight and make a decision but it's not too easy because we have only Flanno.

"We all love Flanno but he had a long time [out] and 90 minutes or more is maybe not the best thing. But if there's an opportunity we would like to try it.

"He is ready but of course it would be better if Clyney got fit."