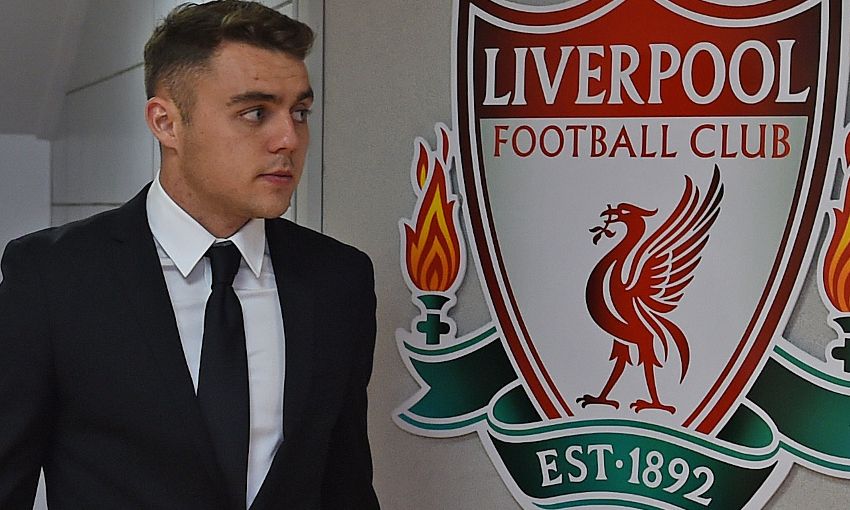 Connor Randall is desperate to make another appearance at Anfield - and is hoping Wednesday's FA Cup third-round replay with Exeter City will provide him with the opportunity to do so.

The defender made his debut for Liverpool against Bournemouth in the home Capital One Cup tie back in October and is itching to take to the hallowed turf again for the re-run with the Grecians tomorrow.

In the original meeting on January 8, Jürgen Klopp fielded a young team for the 2-2 draw with Exeter and may do so again in a bid to keep the squad fresh as the Reds face a hectic schedule in the coming months.

When asked by Liverpoolfc.com how big of an opportunity it would be to feature midweek, Randall replied: “Massive.”

Before adding: “All my friends and family will be there watching it as well. If I get the chance to play again, it will be my second game at Anfield. Hopefully I do and I’m really looking forward to it.

“My debut was a great experience and I’ll just keep working towards the next one now so hopefully it comes soon.

“I’ve supported Liverpool all my life, it’s massive and a very proud moment for me to be able to do that. I’m very grateful for the chance. I’ve just got to keep working hard, keep improving and keep going now.

“It’s great to see that the chance could be there for you so we’ve just got to keep working hard day-in-day-out.

“He’s [Klopp] shown that he’s not afraid to use the younger players so you know you’re there and that you can be used at times. Most importantly, you’ve got to get ready for it and work hard.”

The 20-year-old insists the first encounter with the Grecians was invaluable for the younger members of the side that night and hopes the experience will help see them progress to the fourth round.

Randall said: “It was a difficult game. There were a lot of young kids out there, a few debuts. It was tough conditions and they were a good side.

“It was obviously a different [Liverpool] team as well with different players playing but it was a massive learning curve for everyone and it’s something we’ve got to take with us now to improve.

“We’ve just got to be confident and play our football, get the ball down at Anfield and boss the game. Hopefully we get the win and get into the next round.”