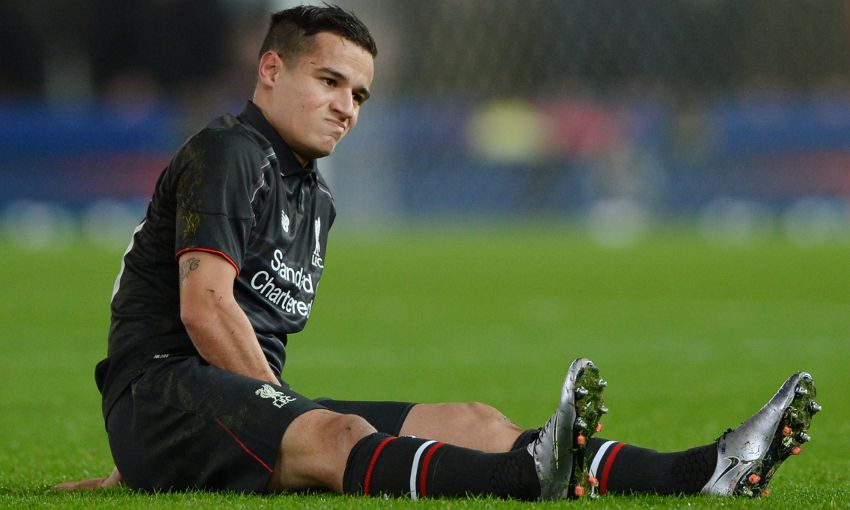 Jürgen Klopp has ruled Kolo Toure, Philippe Coutinho and Dejan Lovren out of Liverpool's trip to Exeter on Friday but revealed the severity of the trio's injuries - and thus their expected time out - differ greatly.

Lovren and Coutinho were both forced off the field during the first half of the Reds' 1-0 win over Stoke City in their Capital One Cup semi-final first-leg clash on Tuesday after sustaining hamstring injuries.

Toure, meanwhile, was visibly struggling with cramp in the closing stages of that contest, though the manager does not expect a lengthy absence.

Klopp is less optimistic about the prognosis for the Ivorian's stricken teammates, however, who he believes could miss the upcoming clashes with Arsenal and Manchester United at Anfield.

"It's always with muscle injuries you don't know exactly.

"Kolo was a cramp, that's not a problem, but after three days it's not possible to play the next game. But, for sure, next week should not be a problem.

"With Dejan the situation is I think he will be available after Manchester United.

"And Phil needs maybe one, two weeks longer, so three weeks [out] for Phil.

"But it's muscle injuries so you don't know exactly. It's really rare that it's quicker, sometimes it's longer, so we will see how long it takes."

Toure, Lovren and Coutinho join eight other first-team players in the treatment room as the Reds' packed fixture list takes its toll in terms of fitness.

Klopp lamented bad fortune for the current spate of injuries and rejected any suggestion that he had underestimated the intensity of English football upon his arrival.

"We work here together and we know about our situation.

"We know in most of the cases about the reasons but it's often the situation that one injury at the wrong moment is a problem for the whole squad because other players have to play too much.

"You have to react on this and that's what we try to do this. I knew about the intensity of the football here."