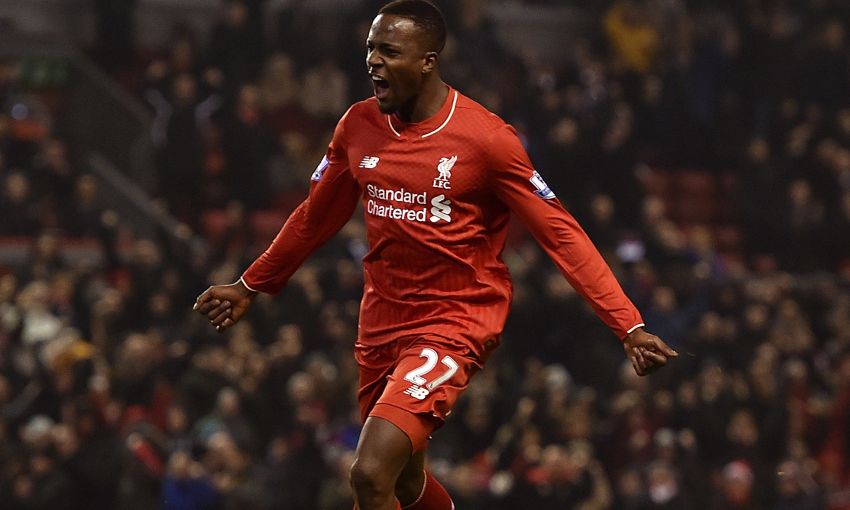 A late strike from Divock Origi helped Liverpool claim a 2-2 draw against West Bromwich Albion in the Barclays Premier League at Anfield on Sunday.

The Reds took the lead when Jordan Henderson hammered the ball home inside the box in the first half to cap his recent return, but were pulled back by Craig Dawson's finish after confusion at a set-piece.

A second-half onslaught followed from the hosts but Jonas Olsson's sucker-punch header from a corner looked like it would prove enough for Tony Pulis' men to claim all three points on a frustrating afternoon.

However, a deflected effort from Origi at the death curled into the far corner at the Kop end and sparked a relentless final five minutes that so nearly provided a winner.

But there was no lack of fluency in the hosts' play, as a much-improved playing surface than that found in Switzerland aided some slick passing early on.

Nathaniel Clyne was the first to threaten for Liverpool, with his early low strike turned over by a sliding Gareth McAuley, before Emre Can's low shot on the turn was kept out.

Even after Coutinho smashed over from close range when the ball dropped in the box, there was little hint of frustration, and that paid dividends as a well-worked opener followed.

A lofted pass into the box found Adam Lallana, who had the presence of mind to pick out Henderson with a headed knockdown which only required an emphatic sidefoot home.

The Reds didn't appear sated after their goal and continued to push for more, with Benteke seeing a shot blocked before Coutinho twice tested the keeper from the edge of the box.

However, the visitors' brave defending ensured they retained a foothold, and they closed the one-goal gap before the break in somewhat fortunate fashion.

Simon Mignolet's attempted punch of a corner into the Kop-end box did not clear his own defence and, after the ball ricocheted to the waiting Dawson, he bundled the ball in.

Liverpool mustered a solid response to that setback but for a moment believed they were going into half-time a goal down.

Olsson looked to have finished brilliantly on the volley at the back post from an outswinging free-kick but, after a lengthy consultation with his linesman, the referee correctly signalled for offside.

The Reds started the second period with renewed vigour and twice went close from headed attempts.

Benteke was the first to nod over a flat Moreno cross from the left before Dejan Lovren was unfortunate not to direct an effort from a corner on goal.

The No.9 then smashed a fierce Lallana cross wide from close range as West Brom continued to dig in manfully - efforts which yielded a reward soon after.

Klopp had highlighted the Baggies' threat from set-pieces in his pre-match press conference and they underlined just why as Olsson flicked a corner delivery on and into the net to make it 2-1.

Liverpool pushed hard in the closing stages and, as they had been for so much of the contest, were the better side without question.

But after Lallana saw a side-footed attempt saved having been played in one-on-one and Henderson was also denied by Boaz Myhill late on, it seemed their attempts would be in vain.

Origi ensured that would not be the case, however, with a goal that was greeted by an incredible noise inside Anfield and a passionate response from the manager.