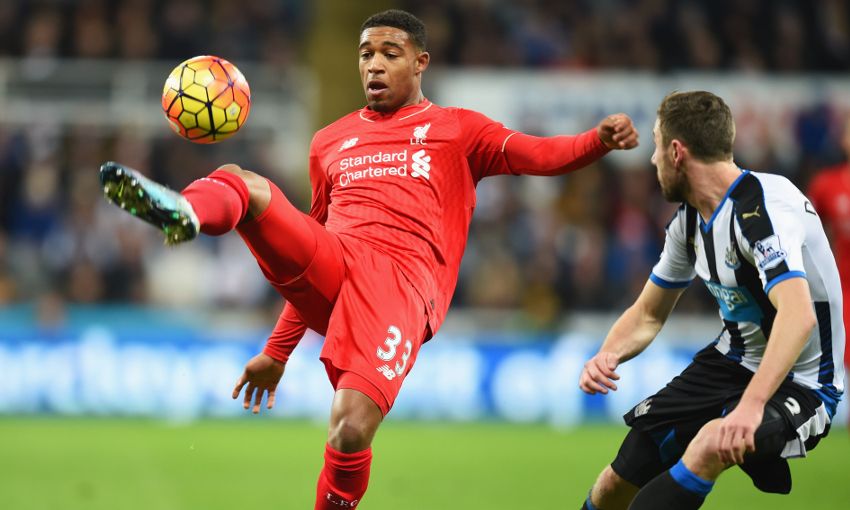 Jürgen Klopp suffered his first defeat away from home as Liverpool were beaten 2-0 by Newcastle United at St. James' Park on Sunday evening.

The Reds were unable to reproduce their recent prolific exploits on the road and Georginio Wijnaldum’s deflected finish off Martin Skrtel midway through the second half and a stoppage-time goal by the same man proved the difference.

The manager made six changes from the midweek win over Southampton, with Christian Benteke, Nathaniel Clyne, Roberto Firmino, Jordon Ibe, Simon Mignolet and James Milner coming into the team on Tyneside.

Early Liverpool pressure saw Skrtel have a sight of goal in just the second minute when a corner from the right bounced kindly to the Slovakian inside the area, only for his strike on the turn to be deflected off target.

The opening quarter-hour passed by in disjointed fashion, neither side able to fully settle into a flow, though the Reds at least showed promise with extended, driving runs from deep by Clyne and Ibe.

It was from another corner, curled into the six-yard box by Alberto Moreno, that the first genuine chance developed in the 21st minute.

Dejan Lovren threatened to connect with the cross and while he could not divert towards goal cleanly, his header fell to Benteke, who stabbed a shot over the crossbar as Rob Elliot rushed off his line.

Newcastle’s most troublesome response arrived via a cross-field Vurnon Anita pass, the midfielder picking out Papiss Cisse at the far post. But his effort was sliced across the face of goal and would not have counted in any case due to a push on Clyne.

There was concern five minutes before the break too as Cisse was released with only Skrtel between him and the goal – but the Reds recovered to crowd out any opportunity to work Mignolet.

The home side ended the half in the ascendancy and Chancel Mbemba should have broken the deadlock when Cisse flicked on a corner to the near post and the ball looped perfectly into his path. His header went over the bar, however, and the game was therefore goalless at the interval.

Wijnaldum was guilty of wastefulness after the two teams returned, tapping well wide from an angle inside the area following a slick move from the Magpies.

At the other end, agile set-up play by Firmino forged a shooting chance for Joe Allen from the edge of the Newcastle box, but the Welshman’s side-footer was dragged harmlessly off target to the left.

Klopp called on Adam Lallana and Daniel Sturridge with an hour gone, the attacking pair replacing Benteke and Firmino to mix up the approach in the search for a breakthrough.

Instead, it was produced by Steve McClaren’s charges on 69 minutes.

The Magpies had joy along the right flank again and when the ball was squared for Wijnaldum, the No.5 held on as defenders closed in and had the fortune of seeing his finish clip Skrtel and leave Mignolet stranded as it sailed into the net for 1-0.

Sturridge tried to respond quickly with an ambitious curler from distance that drifted away, while the boss sent on Divock Origi to bolster the forward line further.

An incisive pass by Lallana next had Sturridge in behind in trademark scoring territory but on this occasion the striker pulled his effort too far to the left and Elliot watched it wide.

Moreno had the ball in the net with a sublime lofted finish first time from Milner’s diagonal delivery, only for the strike to be ruled out for offside.

And though the pressure was almost totally in the direction of the Newcastle goal in the minutes remaining, the Reds could not muster an equaliser - Wijnaldum in fact doubling the lead with a dink over Mignolet - and their winning run was halted.