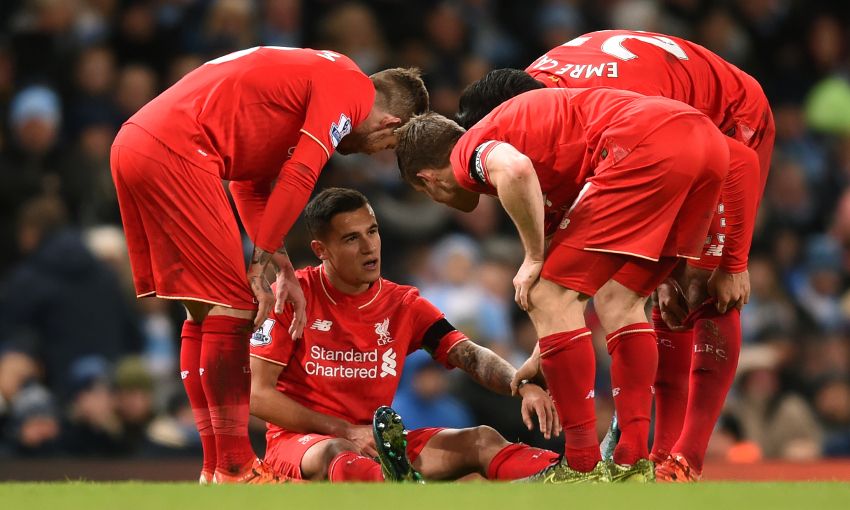 Jürgen Klopp was upbeat about Philippe Coutinho's injury prospects after the midfielder was forced off during Liverpool's 4-1 win over Manchester City at the Etihad Stadium.

The Brazilian had run the hosts ragged throughout Saturday's Barclays Premier League encounter, scoring the second goal and teeing up Roberto Firmino for the Reds' third.

However, he pulled up in the 68th minute with what appeared to be a muscular problem, prompting the manager to bring on winger Jordon Ibe in his place.

In Coutinho's absence, the visitors went on to extend their lead and secure the points when Martin Skrtel smashed emphatically home late on.

And Klopp provided a further boost for supporters in his post-match press conference as he revealed that he is not overly concerned by the 23-year-old's injury.

The German told reporters: "I hope [he] is well enough.

"He showed not a real [injury], it was a little bit of cramp, he felt something.

"I hope that's all, he will be very important for us, everybody can see he's in really good shape in this moment. I hope he can react well enough."

Klopp: We couldn't have asked for a better situation, but it's only the start

Inside Anfield: Behind the scenes of Reds' victory over City

Virgil van Dijk: We're happy but not taking anything for granted