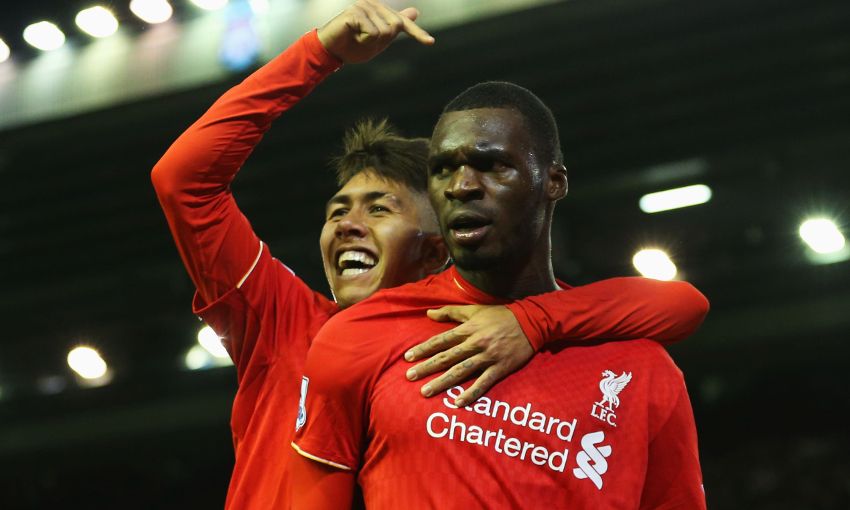 An expression of intent flashes across Christian Benteke's eyes as the Liverpool No.9 insists he's fit to return and add more firepower to Jürgen Klopp's team this weekend.

The Belgian sat out the midweek cup victory against Bournemouth at Anfield, not risked after picking up a knock in the home clash with Southampton three days previously.

Benteke had entered the action in that latter contest at half-time and quickly invigorated the Reds’ attack, especially when he clattered a header into the top corner late on.

Although the Saints later denied the hosts all three points, the striker’s impact served as a reminder of the fearsome reputation for bullying defences he’d built up throughout his time in English football.

That’s the level the summer signing from Aston Villa is determined to emulate with his new club, which is why he’s clocking up the preparation hours at Melwood ahead of the trip to Chelsea tomorrow.

Benteke told Liverpoolfc.com: “I’m good. I just felt something during the game against Southampton last week. Now it’s behind me and I’m looking forward to the Chelsea game.

“It was a bit hard for me during the transfer window – I didn’t really have a normal pre-season. Now I’m trying to get back to my old level.

“Injuries are part of football but I’m trying to do everything I can to be fit for the rest of the season and to play every game. I try to stay as long as possible [at Melwood] to be really fully fit.”

Klopp’s wait for a maiden win with Liverpool was ended by the 1-0 result over Bournemouth that carried his team into the quarter-finals of the Capital One Cup on Wednesday night.

Achieving that goal has provided an additional spring in the step of everyone since, explains Benteke, even those who weren’t involved in seeing off the Cherries.

“I wasn’t on the pitch and I wasn’t the only one, but you could see that everyone was happy with how we played,” said the 24-year-old.

“You could see the atmosphere of the team change and you could see it on the pitch. Everyone wants to do their best for the manager, the fans and themselves.”

One player who did grasp the opportunity to impress this week was fellow 2015 recruit Roberto Firmino.

Glimpses of the kind of invention and technique that prompted the Reds to bring in the Brazil international were on show for much of his 87 minutes against Bournemouth.

Like Benteke, his opening months on Merseyside have included time on the sidelines, but the No.9 believes they can combine to strong effect when they reach 100 per cent.

He said: “Everybody knows how good Roberto is. He just needs time to get used to playing in English football.

“I’m really excited to play alongside him. The season is going to be so long, we have so many games, so we’re going to play together.”

With injuries afflicting a number of Klopp’s strikers since his appointment, Divock Origi has been handed a chance to shine with four successive starts under the new boss.

Benteke sees huge potential in his compatriot and in fact recently named the forward in his 5-a-side team of players he’s shared a dressing room with in his career so far.

“It’s something new for him,” he added.

“He played in the French league last year and now it’s something new. He has come to a bigger club in Liverpool so he just has to learn every day, like every player.

“I like Divock and I like this type of player. He has great quality, I think everyone knows it in the team and now he just has to show it on the pitch.”