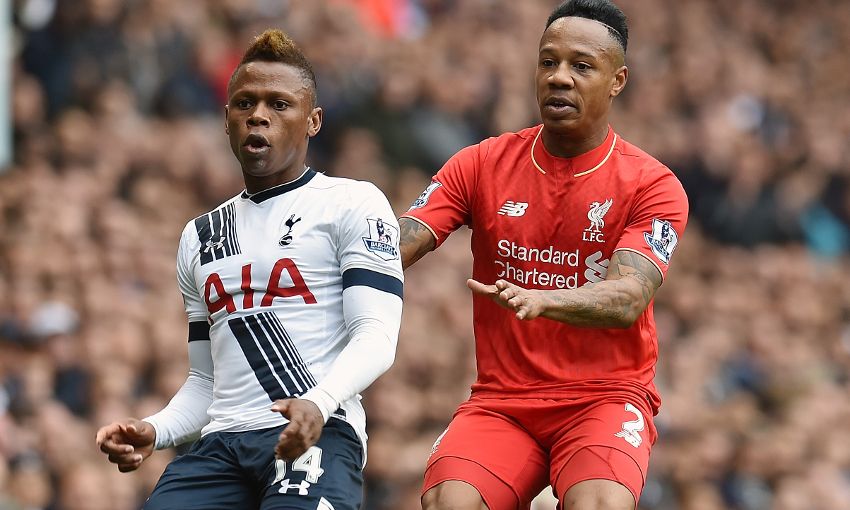 Jürgen Klopp's Liverpool reign began with a draw on Saturday afternoon as the Reds played out a goalless stalemate with Tottenham Hotspur at White Hart Lane.

Divock Origi went closest during the early stages in north London only to see his header yards out from a well-worked corner hit the crossbar.

And while there was no lack of endeavour from either team, obvious scoring opportunities were at a premium and the points were shared in the Barclays Premier League.

The pre-match team news confirmed a start up front for Origi in the absence of fellow striking trio Christian Benteke, Danny Ings and Daniel Sturridge, while Klopp lined his team up with four at the back.

The German’s opening match in charge had been keenly anticipated and the noise levels emanating from the away section at kick-off reflected the optimism among fans.

It was a bright beginning by the new boss’ team too and the Reds formed a rhythm much quicker than their opponents in the capital, so much so that only the crossbar prevented them from scoring in the 10th minute.

James Milner delivered a corner from the right hand side that was flicked on to the back post by Emre Can. Waiting was Origi, whose close-range header looped against the woodwork, bounced down outside the goalline and was cleared.

Next, Hugo Lloris made a comfortable save when Adam Lallana drifted in from the wing and aimed a low shot towards the near post which lacked enough power to genuinely threaten.

There was considerably greater concern at the other end shortly before the half-hour mark.

Harry Kane drove at the Liverpool defence and noted the supporting run of substitute Clinton Njie to his right, picking out his teammate with a precise diagonal pass.

The Spurs forward took the opportunity first time with the outside of his boot and the ball was destined for the left corner until Simon Mignolet stretched superbly to palm away the strike.

It was a combination of the Belgian goalkeeper and Mamadou Sakho that kept a suddenly rejuvenated Tottenham at bay upon their next dangerous foray.

Kane snuck in behind in the left channel and sized up a left-footer across goal which Mignolet blocked out, and crucially Sakho then got his body in the way of Dele Alli’s follow-up attempt from inside the box.

The absorbing ebb and flow of the contest continued after the interval, though without any clear-cut chances in the opening 10 minutes of the second half.

Perhaps that prompted Kyle Walker to take a more direct approach when Spurs moved the ball from one side to the other, drilling a bobbling shot towards Mignolet’s near post from the edge of the area that was a simple take.

The intense pressing Klopp demands from his team was regularly evident from the visitors, with Lallana and Milner particularly voracious in their appetite for giving Tottenham as little time to settle as possible.

Origi perhaps could have worked Lloris harder having been teed up at a narrow angle on the left, but the Belgium international’s hit was straight at the Spurs ‘keeper.

Into the final 10 minutes, the Mignolet-Sakho combination was again pivotal in preventing the home side from striking, each getting important touches on Kane’s fierce blast following an incisive dribble and assist by Christian Eriksen.

Can fired narrowly wide from distance in the final seconds but a goal didn’t arrive, and Klopp kicked off life at Liverpool with a point and a first clean sheet since August 24.