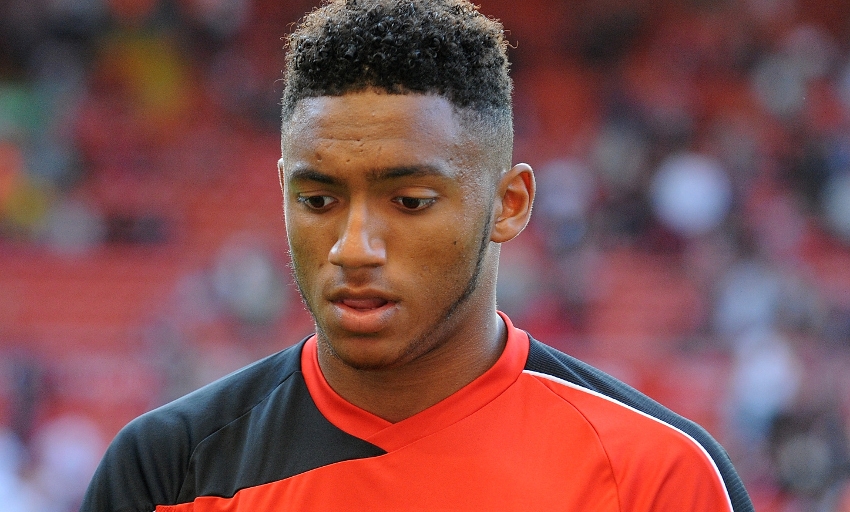 Jürgen Klopp has confirmed Joe Gomez is set for a spell on the sidelines after suffering an anterior cruciate ligament injury while representing England U21s on Tuesday night.

The Liverpool defender was forced off with 10 minutes remaining of his country’s U21 European Championship qualifier against Kazakhstan in Coventry.

Gomez has since returned to Melwood for assessment and despite being impressed by the 18-year-old upon a first meeting, the manager revealed he requires surgery.

Klopp told reporters: “Gomez came here and I met him for the first time. What a wonderful young boy – tall and muscles in the right positions.

“But [he has] an injured knee. It’s an ACL. Now we have to make a further diagnosis and we will see when he has surgery.

“From this point on it goes in the other direction and he can count the days until he’s back. He’s a very young guy. It was not the best day in his life, of course.

“But I’m pretty good at waiting for players, young players especially. This is his home and we will do everything so that he can come back as soon as possible.”

The German also revealed that attacking duo Christian Benteke and Roberto Firmino are progressing positively in their respective rehabilitations.

However, Saturday’s trip to Tottenham Hotspur will arrive too soon for either to feature at White Hart Lane in the boss’ first match in charge of the Reds.

Klopp said: “Benteke and Firmino are on their way. They are back on the pitch, not in team training but they are getting better and better.

“I don’t know exactly when they will come back, but I hope next week into normal team training and then we will be able to see how good a shape they are in, how fit they are and how well they feel.

“We have to wait until next week. For sure, not Saturday. And Thursday, I don’t think so. Maybe [next] Sunday.”