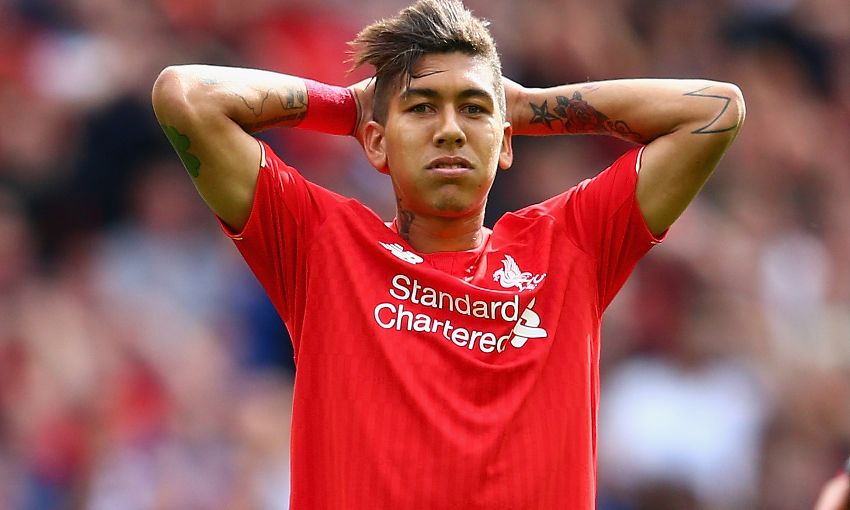 Brendan Rodgers has confirmed Liverpool will be without Christian Benteke, Roberto Firmino and Dejan Lovren for Saturday's home clash with Aston Villa.

Benteke remains unavailable, however, after leaving the field midway through last weekend’s draw with Norwich City due to a hamstring issue.

Firmino and Lovren, meanwhile, both suffered knocks during the Capital One Cup tie against Carlisle United on Wednesday and will also miss out tomorrow.

“All three will obviously not be available for the weekend,” Rodgers explained at his pre-match press conference.

“Christian will probably be out for a little bit of time.

“Young Firmino landed awkwardly in the game the other night and there is another scan on his back, but he may have cracked a bone in his back. We’ll see how he’ll be over the coming weeks, but certainly he’ll be unavailable for tomorrow.

“And Dejan Lovren will be out for probably a few weeks with his ligament injury. So, unfortunately, those three are unavailable.”

He continued: “You always want a fully-fit squad to pick from, but it’s the nature of it.

“We have Jordan Henderson out as well, so you’ve got some really important players that are unavailable for us. But we’ll manage it.

“The players that are selectable really want to play and fight for the team.

“We’ll await those guys coming back. There’s no timeline on Christian and the others – we’ll see how they go over the coming weeks.”

Daniel Sturridge is in contention for the visit of Villa, though, following his return to action against Norwich.

“We’re nurturing him,” said the manager. “He had a good hour or so during our last game in the league.

“We’ve just got to manage him back into the games. But it’s great to see him on the training field and the pitch and obviously he’ll be available for tomorrow.”