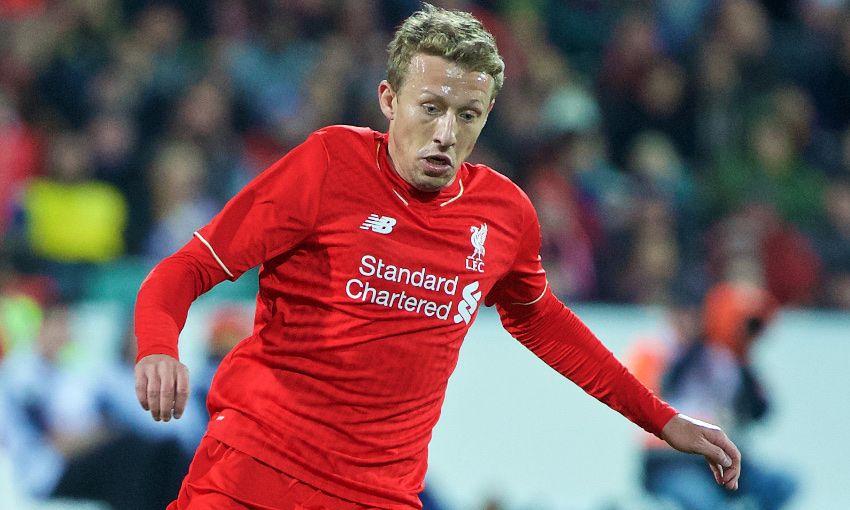 Lucas Leiva insists he is ready to put a summer of speculation regarding his future behind him in order continue doing what he has always done since joining Liverpool - 'fight for the club'.

The Brazilian was linked with an Anfield departure throughout the transfer window but remained a Reds player by the close of play on deadline day.

In the days prior to September 1, the midfielder evidenced his importance to the squad with a strong performance against Arsenal at the Emirates Stadium, in what his first start of the season.

And, though he admits the chance to move on did present itself during the window, the 28-year-old says that staying on Merseyside was always his first thought.

"It's been very intense [the window], to be honest," he told Liverpoolfc.com.

"I think the last couple of years, every transfer window my name is [linked with a move].

"Of course there are times when you think you might have to move on and I was very close to moving but one thing I will always have is commitment to this club.

"I've been here so long and I always said if I had the choice to be here and be happy, I would always choose Liverpool.

"When your future is in doubt, you might have to think of another solution, but I'm happy that it didn't happen and I'm here to fight for the club as I have been doing for eight years.

"I'm just looking forward to a good season and putting Liverpool back where it belongs. I have this chance to say I'm fully committed.

"I've been here so long and I really love this club, I just need to now focus on my performance and help in the way the manager and the staff asked me to help.

"Hopefully, I'll be an important player for the club this season."

Lucas was again included in Brendan Rodgers' starting XI as the fourth game of the new campaign ended in a shock 3-0 defeat to West Ham United.

The 24-cap Brazil international is certain lessons have been learned from the game, though, and doesn't expect the Reds to be picked off on the counter in a similar fashion in future fixtures.

"West Ham had a gameplan which was to be behind the ball and play counterattack," he explained.

"Of course we conceded a very early goal, which makes it harder, and 2-0 down at half-time with two counterattacks it's always harder to get back.

"We had a [red card]; probably our best player wasn't with us after 10 minutes of the second half which made it even harder.

"We just have to now approach these types of games trying to be solid defensively as well because we know we'll probably have a lot of the ball but these kinds of teams are very quick breaking and we have to make sure we control that as well.

"I think this result shouldn't happen but it happens. We just have to move on and learn and hopefully going forward we don't make the same mistakes.

"That's what we need to do now, we have a busy schedule and this could be an important month for us."