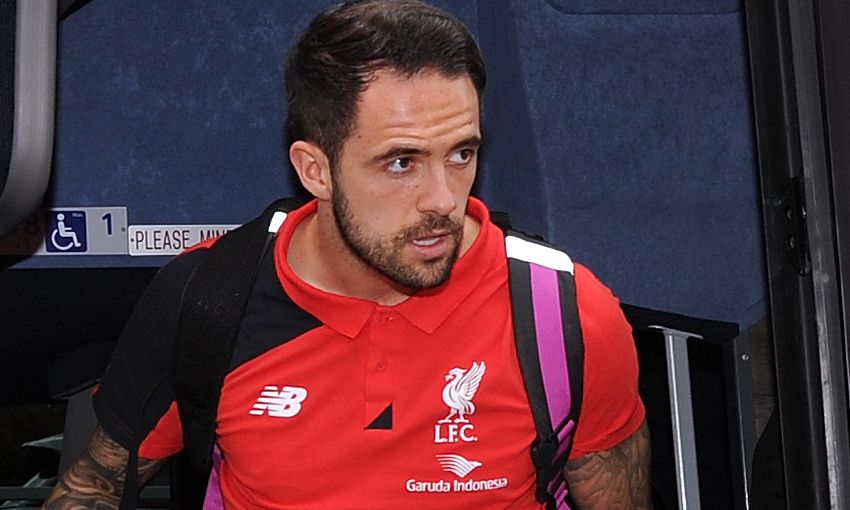 With Louis van Gaal’s side also tasting defeat before the international break, losing 2-1 at Swansea City, next Saturday’s Old Trafford showdown is a must-win for both teams.

But Ings simply views the fixture as an opportunity for the Reds to make a statement early in the season.

“I think any game after a loss like that all the lads will be chomping at the bit to play and put things right, and with the quality we’ve got at this club, I’m sure we can do that,” Ings told Liverpoolfc.com.

“It’s a learning curve. A lot of the other teams at the top end [of the table] lost at the weekend as well but it’s a huge learning curve for us moving forward to make sure we don’t step our foot off the gas.

“At the start of a new season, teams come in fresh and hungry after pre-season and there are sometimes an upset in results. We were part of that unfortunately against West Ham, but we are moving forward and the confidence is still [high] in the camp.

“A few of the lads are away during the internationals now but I’m sure when they come back they will be hungry.”

Liverpool’s No.28 netted at Old Trafford last season when he fired an equaliser for Burnley, and although the Clarets lost 3-1, his performance gained a lot of plaudits.

Ings says it was a valuable personal experience on how to face teams like United.

“Unfortunately I lost there [last season] but it’s a place when you can’t lose concentration for a single moment, because they’ve obviously got as much quality as us so it’s important we come out on top on the day,” he said.

“We need to match them up physically, mentally and tactically which I’m sure we will do and I know we’ve got enough quality to win the game.”

Having watched this fixture on the television in the past, Ings is keen to be a part of what he terms an ‘historic fixture’.

“I think everybody knows about the rivalry that is there [Liverpool and United],” he said.

“It’s two clubs with such history and it can be a fierce game, but as players these are games you look forward to the most and be a part of because it does go down in history.

“Everybody here will show pride and I’m sure we will go out there and put on real performance for the fans and the club.”