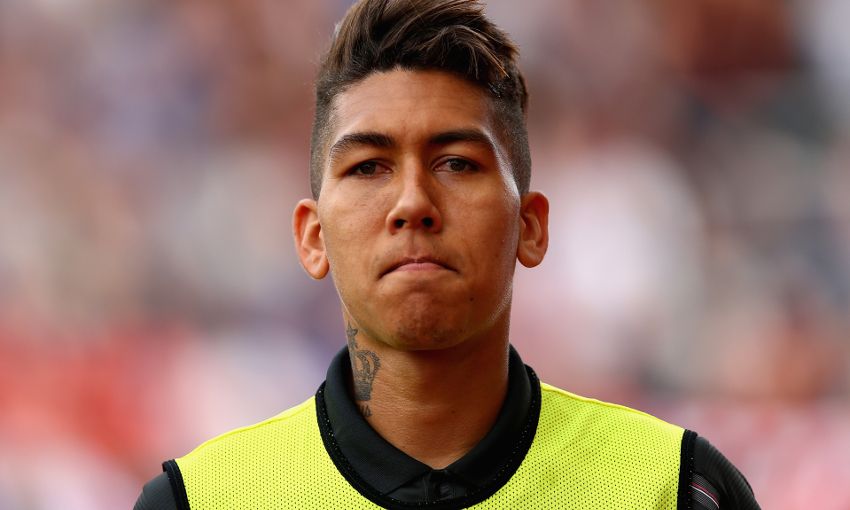 Roberto Firmino had a premonition that he would one day play in the Barclays Premier League.

It came years before Liverpool pulled off a coup by securing the Brazilian’s signature this summer, bringing his samba talent to Anfield from German side Hoffenheim.

The forward plundered 47 goals in 151 league and cup appearances during a four-and-a-half-season stay with his previous employers.

Such stellar form in the Bundesliga earned Firmino senior international recognition ahead of his Merseyside move.

But it was even before Firmino had donned Hoffenheim’s colours that Liverpool’s new No.11 first sensed that a switch to England could occur.

He told the official Liverpool FC magazine: “It’s strange but I remember just before I moved to Hoffenheim that I had a dream about playing in England.

“At the time that wasn’t an option, the opportunity wasn’t there for me. Then it came along a few months ago and I quickly decided it was the right offer for me.

“As a footballer I always want more. I really enjoyed my time in Germany but didn’t actually win anything. So the next step was to join a club that can compete for trophies, that’s why I came here.

“I want to fight for titles and play in the Champions League. So moving here really is a dream come true.”

Firmino has made four appearances for the Reds so far and came close to a first goal when he clattered the post from distance during last weekend’s home defeat by West Ham United.

The 23-year-old is still sharpening his fitness having returned to pre-season training later due to his participation at the Copa America with Brazil.

He’s also maintaining a number of pre-match routines that can hopefully bring good fortune to him and the team.

“I’m the same. I always step on to the pitch with my right foot first.

“It’s quite curious that back home – even if you are left-footed – it is considered lucky to enter the pitch with your right foot. I don’t know why that is the case.

“I have other mandatory superstitions before a game too. I pray and listen to music on the way to the stadium. I also bless myself just before kick-off.”