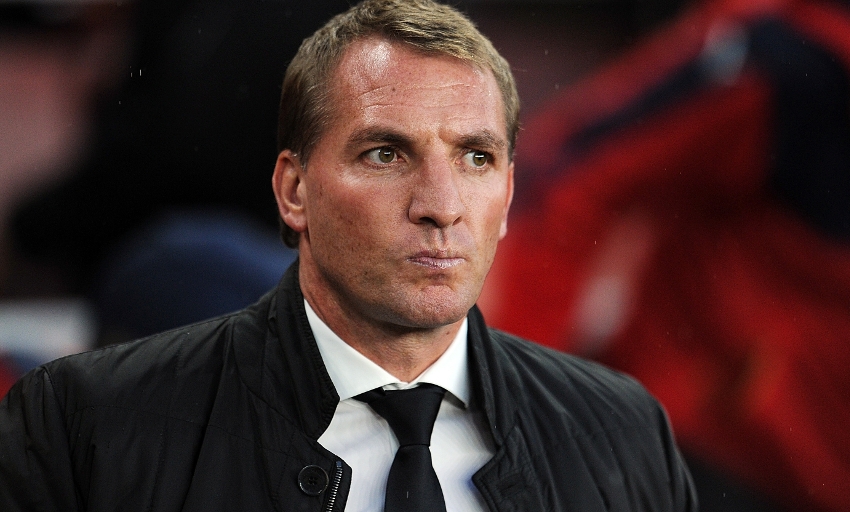 Brendan Rodgers left the Emirates Stadium feeling that Liverpool could have been heading home with three points, but took satisfaction from both their performance and a third straight clean sheet.

After winning each of their opening two matches of the season, the Reds travelled to north London to face Arsenal with confidence high and another victory the target.

That approach was reflected in their display, especially in the first half, when Philippe Coutinho struck the woodwork twice and Gunners goalkeeper Petr Cech made numerous crucial saves.

Arsene Wenger’s team rallied in the second period and had promising chances of their own, but the away side continued to press for a winner themselves.

“We definitely could have had all three points,” Rodgers reflected afterwards. “Certainly performance-wise, I was very happy with how we worked.

“The first half in particular we created chances and should have been in front. Second half, you expect some pressure in the game, but we defended that very well and always looked a threat going forward.

“Our performance level is growing all the time, you see our defensive organisation was very good against a top-class team. The overriding feeling is we get a point, a clean sheet and we move to the next game.”

On his pleasure with another shut-out, the boss continued: “With my teams the focus is always very much on the football element.

“But anyone who has followed my career as a youth coach through into senior management, it's very much about the intensity of how we press and that cohesion as a team.

“That was something that drifted last season, for sure, so it was very important, especially with a number of new players coming in, that our defensive organisation was super organised. That'll be the platform for us with all our creative talent.”

What was arguably Liverpool's best chance of the game fell to Christian Benteke just before half-time, when he was somehow denied from close range by a fantastic Cech save.

But Rodgers preferred to highlight an exceptional piece of goalkeeping rather than criticise the finishing of his No.9, who he believed could not have done much more.

“[It was a] great ball in by [Roberto] Firmino and a great save,” he said.

“He had a period of about 10-15 minutes, Petr, where he made some fantastic saves. I think [Christian] has done everything he possibly could, he's stretching on it and he gets his contact.

“It was a good save and congratulations to the ‘keeper. Both ‘keepers were good, I thought – Simon Mignolet had to make a couple of good saves for us.”

Jordan Henderson and Adam Lallana were two notable absentees from the starting line-up in the capital, with the pair having featured from the off against both Stoke City and Bournemouth.

The captain was a known doubt due to the foot issue that forced him off halfway through the win over the Cherries, while Lallana, Rodgers revealed, had picked up a thigh issue ahead of the trip to Arsenal.

As for their fitness for the coming games, the boss said: “We'll just wait and see over the course of the next week.

“It was a disappointment, of course, to lose both of them for this game but the boys came in and did extremely well so we'll just assess that day by day.”