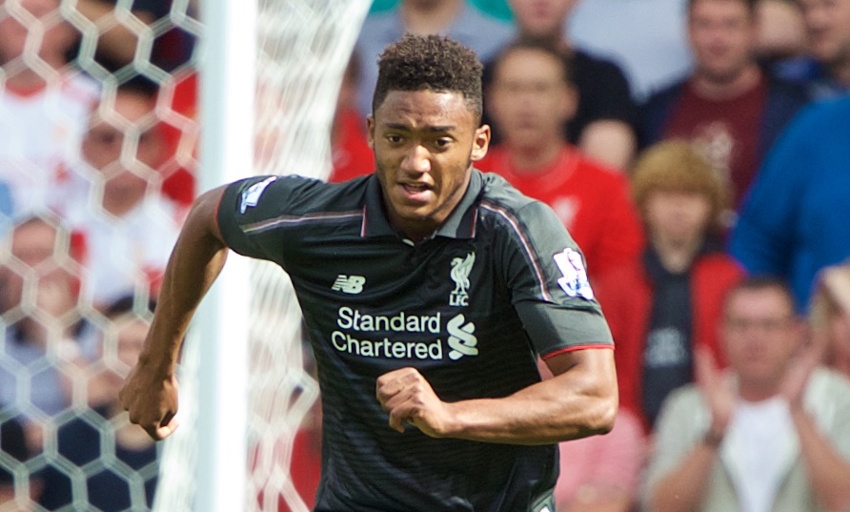 Joe Gomez has a 'big future' ahead of him if his Barclays Premier League debut against Stoke City on Sunday is anything to go by.

That's the view of former Liverpool striker John Aldridge, who has been impressed by the teenage defender's impact since a summer switch from Charlton Athletic.

Gomez enjoyed an encouraging start to his top-flight career at the weekend as he helped the Reds keep a clean sheet at the Britannia Stadium, playing 90 minutes at left-back.

And Aldo was particularly impressed with the manner in which the England U19 international dealt with the problems posed by experienced performer Jon Walters.

"I’m wary of speaking too much, too soon about a young footballer, but I think Liverpool may have 'found one' in Joe Gomez," the former Reds striker wrote in his column for the Liverpool Echo.

"I watched this lad closely during pre-season, because I’d heard very good things about him from people who saw him at Charlton Athletic. And throughout the summer, he just kept impressing.

"He earned his chance at Stoke with his performances in Australia and the Far East, and I’ll tell you something, he’s done himself no harm with the way he played on his Premier League debut either.

"He’s 18 years of age, but you wouldn’t know it to watch him. He’s so comfortable, composed, quality.

"That was a proper test for a young defender; up against a wily player like Jon Walters, in front of a hostile crowd who will always try and put you off your game.

"That was a superb performance from the young man. He’s got a big future, Gomez.

"He can play anywhere across the backline, so he will be a more than useful player for Brendan Rodgers.

"He’ll get plenty of chances this season, no question about it. He certainly took the first one that came his way, on Sunday."

A Philippe Coutinho thunderbolt scored late on ensured Brendan Rodgers' team came away from their meeting with the Potters with the three points.

But it was the defensive resilience and hard work on show from the visitors that most pleased Aldo.

"While it was a game won by a piece of inspiration, the victory really was more about perspiration; about grit and determination, hard work and doing the ugly stuff," he added.

"And boy it was ugly at times, wasn’t it? It was the typical away day slog.

"Stoke is never the sort of place where you can go and play fantastic flowing football at the best times.

"But after what happened there in May [a 6-1 defeat], perhaps that kind of battling display was exactly what Liverpool needed. They needed to dig in, tough it out and fight their way to a result.

"A point wouldn’t have been a bad outcome, so to get all three is a dream start, and I think they answered a lot of critics personally."