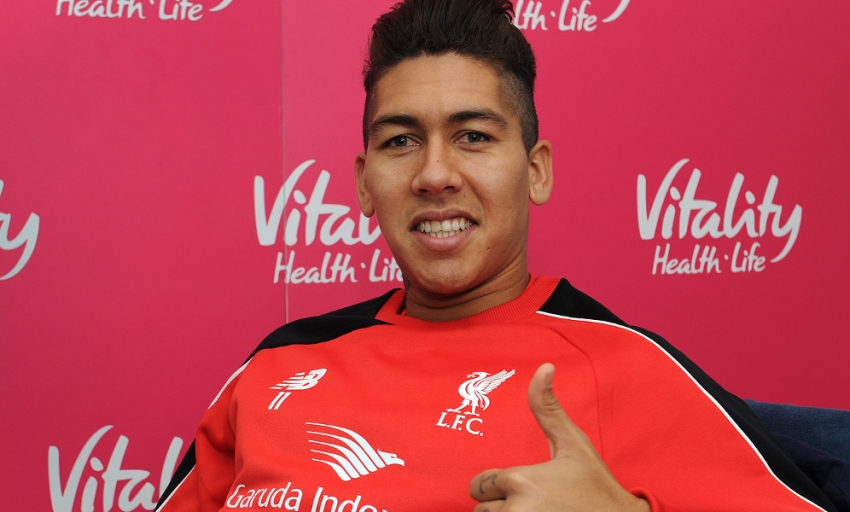 The #LFCTour in videos: Day 11

Roberto Firmino has explained the role Philippe Coutinho played in his move to Anfield this summer and revealed his excitement at the prospect of making his Reds debut.

After taking part in his first training session at Melwood since signing for the club, the Brazilian sat down with Liverpoolfc.com to talk about his move from Hoffenheim and his Barclays Premier League targets.

Read on for the full transcript or, if you are an LFCTV GO subscriber, you can watch the video below.

Welcome to Liverpool Football Club, Roberto. Why Liverpool then, what persuaded you to sign for the club?

As a football fan, I've been watching the Premier League for a while now. Liverpool was my choice because of its history and its team, and also because Coutinho told me some great things about the club. I hope I can bring joy to the people playing for this club.

How much do you know about Liverpool and its history, honours and fans?

Although I obviously don't know as much as the people from the city and the fans, I do know some stuff about Liverpool. I've been watching some games and also I remember that famous Champions League final, when Liverpool were trailing 3-0 and came back to win the trophy on penalties. I feel very fond of Liverpool.

How did it feel when you first learned that Liverpool wanted to sign you?

It's always welcome knowing that a club is interested in you. I discussed it with my agent and decided to opt for Liverpool, so here I am today.

For Liverpool fans who don't know much about you and your career, what sort of player are you? How do you like to play?

I'm a player who works hard and who's constantly looking to support my teammates on the pitch. I'm a player with an attitude and who knows how to play a tactical role with the team. You will soon have the opportunity to see me play.

How does it feel to wear one of the world's most famous football shirts?

It's a unique opportunity. I could say Liverpool is the first big club I will play for. It's a massive chance for me to show what I can do.

How will it feel to play in red again? (Roberto played for Clube de Regatas Brasil as a youngster)

It will be a special feeling. I've matured since then and I think the red colour represents the passion. I want to show the fans this passion alongside my teammates.

How much are you looking forward to joining up with your teammates and being involved in the final weeks of pre-season?

I've received a warm welcome from the teammates who are here and I trust I will have the same from those who are on tour at the moment. I hope I can join up with them soon and get on well with everyone so we can do our best together on the pitch. 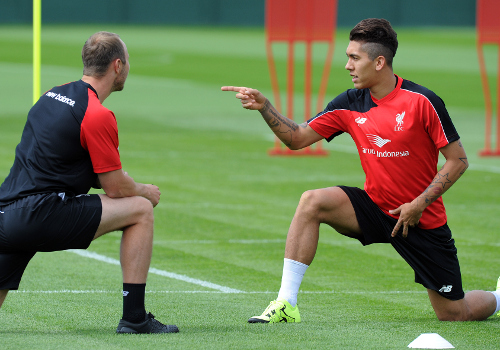 Are you confident you'll be able to adapt to English football?

I am, without a doubt. German football, where I've played for nearly five years, is very similar – maybe just a little less tough than English football. I'm confident I'll be just fine here.

Have you heard about the famous Kop? How much are you looking forward to playing in front of them?

Yes. I can't wait to step out onto the pitch with my right foot and give my best to the team and my teammates. I'm looking forward to having goosebumps when I hear the fans singing those chants before the game.

How much of an influence was Philippe Coutinho on you signing for this club?

He was very helpful although it was ultimately my decision. I wanted to know more about how it works here and he had some very good things to tell me. He's a great character and I hope we can nurture our friendship at Liverpool.

Philippe and you recently played together for Brazil at the Copa America. What was that like and how much are you looking forward to playing alongside Coutinho at Liverpool?

As I've just said, Philippe is a great person and has a big heart. He showed me his personal qualities during our time together at the Selecao. I'm expecting us to be two fighters on the pitch battling together for the best for Liverpool, hoping that it will bring us the victories.

Have you had the chance to see and know the city of Liverpool? What are your first impressions of the city and the people?

I've noticed the city is bigger than Hoffenheim – where I used to live – so I think it'll be a better experience for me. It's a different world really. I hope I can settle in and start to play as quickly as possible.

Have you watched many Liverpool games on the television?

As I said, I remember well that Champions League final from a while ago. I've been watching English football and particularly Liverpool recently as I knew the club were interested in signing me.

You come to a young Liverpool team. What can this squad achieve together, what can you bring to this team and how much are you looking forward to this new challenge in your career?

Although it's a young team, there's a lot of experience and quality in it. Each and every one of the players must do their best to have the chance to play and win games as a consequence.

Philippe has mentioned on several occasions that he has had a great welcome from the Liverpool fans since his arrival in 2013. How important is it for you to have the same reception from the supporters?

It's very important and makes a huge difference to the players as the fans are our 12th player. They're always behind their team and that gives us a boost to run on the pitch and help each other.