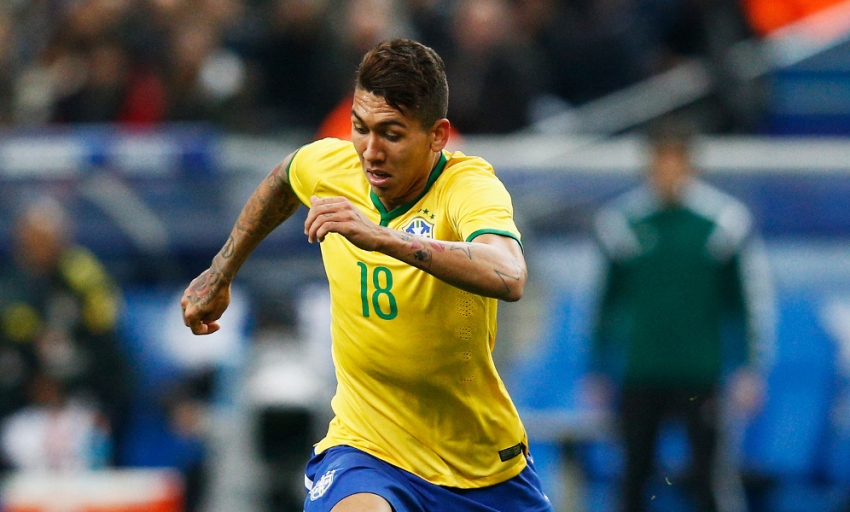 Liverpool have increased their goal threat significantly by acquiring Roberto Firmino, according to his compatriot and future teammate Lucas Leiva.

Earlier this week it was announced that the Brazil international has agreed a move to Anfield and is set to undergo a medical after competing in the Copa America.

Kopites will hope to see the 23-year-old replicate the form that saw him scored 23 goals in 66 appearances over the course of his final two seasons in Germany with Hoffenheim.

Lucas, too, is keen to see his countryman find the back of the net regularly after admitting that Brendan Rodgers' team fell short in that regard last term.

"I think we are getting a goalscorer, which we probably needed from last year because we didn't score many goals," he told Liverpoolfc.com.

"I think he showed the last couple of seasons that he's capable of doing that.

"He's already playing for the national team, which is good, and we just hope that he can adapt quickly to the Premier League.

"But we see the example of Emre Can, he adapted very well because I think the German league is quite similar to the Premier League, so hopefully he will go straight in and start to perform."

Firmino has already had the chance to link up with Liverpool's other Brazilian star, Philippe Coutinho.

The pair are part of the Brazil squad at this summer's Copa America and have played a prominent role in their country reaching the quarter-finals of the tournament.

Lucas believes that any understanding the attacking duo can forge prior to returning for pre-season training can only benefit the Reds.

"With the national team they are working together and they will start the season at Liverpool knowing each other which will only help them both," he continued.

"They both are young players but they are already playing at the highest level so it's really exciting.

"For me, as a Brazilian as well, I will just try to make [Roberto] feel comfortable as I did with Coutinho.

"Then hopefully we will see him scoring a lot of goals for the club."