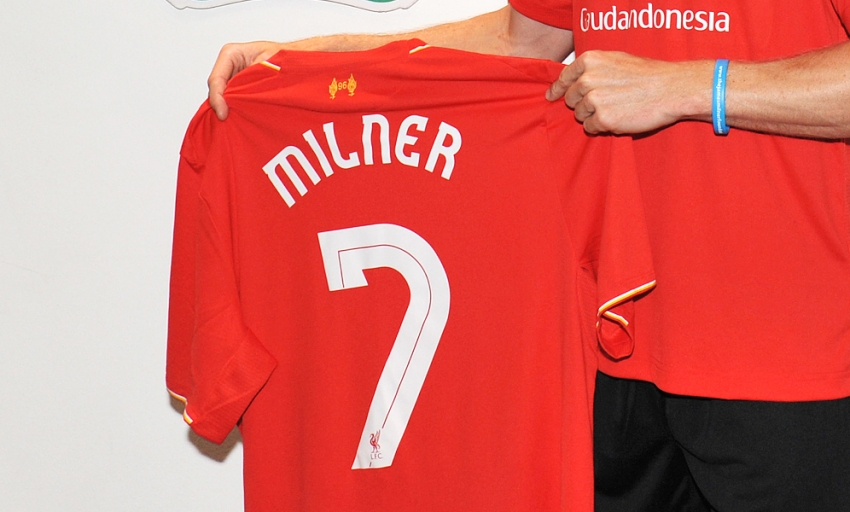 Liverpool have confirmed that James Milner will take the vacant No.7 shirt after completing his move to the club.

The Englishman, who agreed to join the Reds following the expiry of his Manchester City contract this summer, will take the same number he wore with distinction at the Etihad Stadium.

The shirt holds a special place in Reds folklore, having been famously worn by the likes of Kevin Keegan, Kenny Dalglish, Peter Beardsley and, most recently, Luis Suarez.

When asked whether he had to carefully consider whether to take up the number, Milner replied: "I was seven at Man City, but at a club like Liverpool you can wear any number in the squad and it’ll have been filled with amazing players who have worn it before.

"I know seven is a special number for this football club and hopefully I can be a special player for this club.

"But as I said, with the success this club has had over its history, you could pick any single number from the squad list and you’ll be wearing a special shirt.

"Hopefully I can do the shirt proud and win plenty of matches for this football club."

Fans can get their hands on pre-printed jerseys with Milner's name and number on the back in store or online.