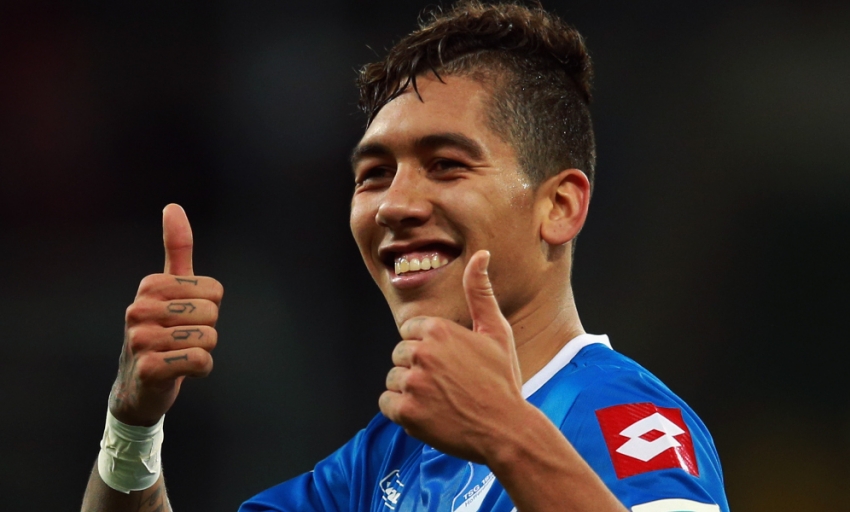 Liverpool FC have today completed a deal to sign Brazil international Roberto Firmino, subject to a medical after the Copa America. Find out more about our exciting new forward with this profile of his career so far.

The Reds have seen off serious competition from rivals in the Barclays Premier League and across Europe to make it Anfield where the goalscoring instincts and creative flair of Firmino can continue to blossom.

Nominally a No.10, the 23-year-old is equally comfortable starting from a wider position, deeper into central midfield or in a more orthodox striking role - using his speed, close control and vision wherever he is deployed.

Born in Maceio, Brazil, Roberto's first steps in the game saw an opportunity to fine-tune his young talent with local side Clube de Regatas Brasil, before a subsequent professional opening at Tonbense FC.

His story really began to take shape following a switch to Figueirense in 2009, however, as the attacker was offered game time in Serie B, the second tier of Brazilian football. And he grasped it.

Firmino served serious notice of his prolific potential by firing eight goals in 36 league appearances throughout 2010, helping the Santa Catarina-based club secure promotion and earning himself huge individual credit in the process.

The path from South America to the elite European divisions is a well-trodden one and it was a journey which Roberto made at the end of that year when Hoffenheim of the Bundesliga decided he was an attractive acquisition.

Three goals in the second half of the 2010-11 season did nothing to dissuade them of that notion and as the Brazilian matured out of his teens, the German outfit's roll of the dice seemed all the wiser.

Firmino was a model of consistency for his new employers in the four campaigns that followed, showing both his clinical nature from close range and distance, plus his unselfish character in laying on others to score.

Though in unfortunate circumstances, the forward also provided evidence of his mentality and determination after suffering serious ankle ligament damage in April 2012. He marked his rapid return four months later with a goal at Borussia Monchengladbach.

The Brazilian's most prolific campaign in blue and white occurred the following year, plundering at a rate of better than one-in-two with 16 strikes in 33 Bundesliga matches and six in four in cup football.

A new contract was duly delivered and, to his natural delight, a maiden call-up for the national team arrived too. Roberto debuted for Brazil as a substitute against Turkey in November 2014 and then opened his international account six days later by scoring past Austria.

Last season saw Firmino reach double figures in front of goal in all competitions for Hoffenheim again, making him an obvious selection for Dunga's squad at the Copa America this month.

Anyone who hadn't heard of the forward before the tournament in Chile certainly has now. He started the past two fixtures for the Selecao, scoring what proved to be the winner against Venezuela as Brazil reached the quarter-finals.

Liverpool had been watching all along and acted fastest to put together a deal for Firmino, who will be exhibiting his mesmerising skills at Anfield from August.

Watch Roberto Firmino's first Premier League game at Anfield in style by securing one of our hospitality packages. Click here for details.