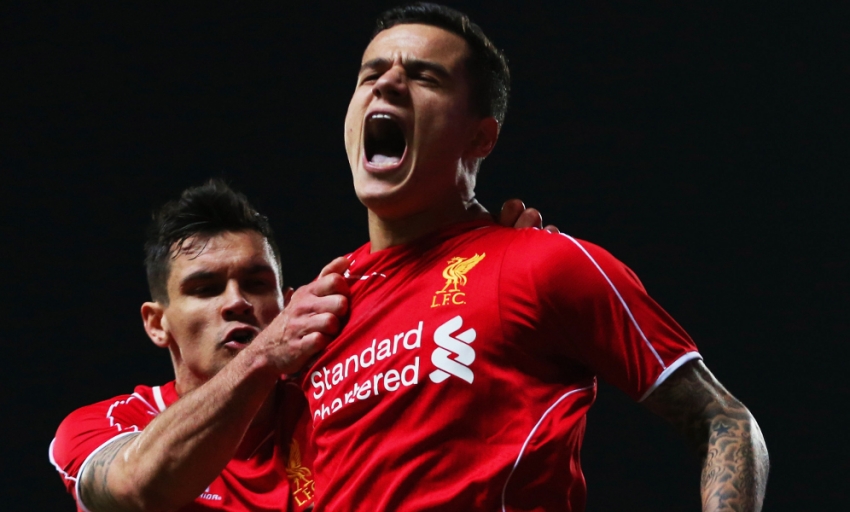 Robbie Fowler believes the quality of Philippe Coutinho's creative work will land the Brazilian the Player of the Season prize at the club's Players' Awards later this month.

The Liverpool No.10 scored with a fine half-volley and assisted the winner by Steven Gerrard from a corner in Saturday's 2-1 victory over Queens Park Rangers.

His first-half opener was Coutinho's eighth goal of a campaign that has already brought recognition in the form of inclusion in the PFA Barclays Premier League Team of the Year.

Fowler is a huge fan of the attacker and, as a former striker at Anfield himself, particularly highlights the benefits of a forward having a teammate with such vision.

The Reds ambassador predicts that Coutinho could be scooping a significant individual honour when current players, former stars, staff and fans come together on May 19.

He told Liverpoolfc.com: "The stand-out player this year has probably been Philippe Coutinho, I'd be surprised if he didn't win it. He has scored goals.

"As a forward, I loved playing with players like that because you knew that you were going to get a few chances in a game.

"He is one of those players that can open up defences; ultimately, the forward players have got to be helping him but he certainly helps the forwards.

"He puts the ball into certain positions where you think it is impossible at times, and some of his footwork in creating space for himself is a joy to watch.

"It's a match made in heaven for any player who plays up front for Liverpool when you've got a player that talented behind you."

Fans have been voting for their Goal of the Season in an online poll and Coutinho's name again springs to mind when Fowler considers his preference in that field.

"Maybe his one against Southampton, that was a little bit special," the 40-year-old responded. "I can't really think of many better than that."