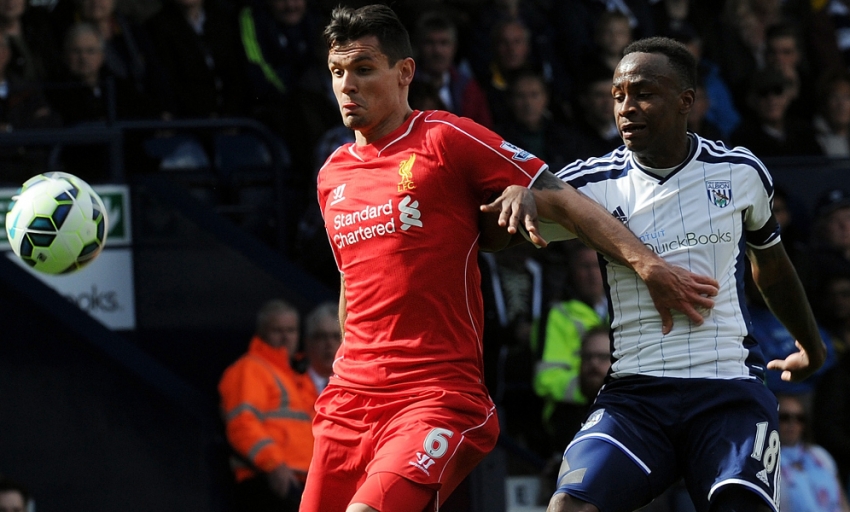 Liverpool were unable to turn possession into goals as they were held to a 0-0 draw by West Bromwich Albion at the Hawthorns on Saturday afternoon.

After a tepid first half in the Midlands, the Reds carved out several opportunities following the break, with Jordon Ibe coming closest when he struck the crossbar after a powerful surge into the area.

Dejan Lovren was required to clear a James Morrison header off the line, but the Reds continued to press in search of a winner - though ultimately it proved elusive as the sides had to settle for a point apiece.

Prior to kick off, the teams observed a minute's silence to mark the forthcoming 30th anniversary of the Bradford City fire disaster.

But it was Liverpool who enjoyed all the early possession as they sought to conjure up an early breakthrough.

Philippe Coutinho crafted their first shot of the contest, striking over the crossbar from 20 yards after creating space.

Steven Gerrard went much closer on 27 minutes, clipping a free-kick from the edge of the area just centimetres too high after Balotelli had been fouled by Saido Berahino.

Next, Balotelli lashed a half-volley over the angle of post and bar after a loose ball had ran invitingly into his path.

However, the encounter was unable to generate any real kind of intensity in the opening 45 minutes as the first half reached its conclusion without any real talking points and neither goalkeeper troubled.

Finally, on 56 minutes, the Reds did call Boaz Myhill into action. Balotelli's turn-and-shot was blocked inside the area, but the ball ran for Coutinho, who attempted to reverse a low shot into the corner.

Myhill was able to claw it away from the line, but only as far as Jordan Henderson. His first-time strike from six yards was thwarted by a combination of the Baggies 'keeper and Joleon Lescott.

At the other end, Gardner beat Johnson to a deep cross to the back post from the left and stabbed a volley wide.

The game's intensity level had stepped up a notch and Coutinho's side-footer from range stung the palms of Myhill, via a deflection off Berahino, on the hour.

Then a slick one-two between Ibe and Balotelli sent the former speeding into the box before he prodded against the crossbar as Liverpool demonstrated clear signs they were edging closer to an opener.

That said, Lovren was required to hook Morrison's close-range header from Martin Skrtel's mis-kick off the line, though the fingertips of Simon Mignolet had taken the sting out of the effort.

Back to the other end and Emre Can managed to get a toe to a Gerrard delivery from the right that required another stop by the gloves of Myhill.

With time ticking away, Brendan Rodgers opted to make a double change with Adam Lallana and Fabio Borini replacing Ibe and Balotelli.

Gerrard's low curler, a dipping volley from Coutinho and a stoppage-time Lovren header gave cause for concern for West Brom prior to the finish, but Liverpool's exertions weren't rewarded with a goal as they took a point back to Merseyside.