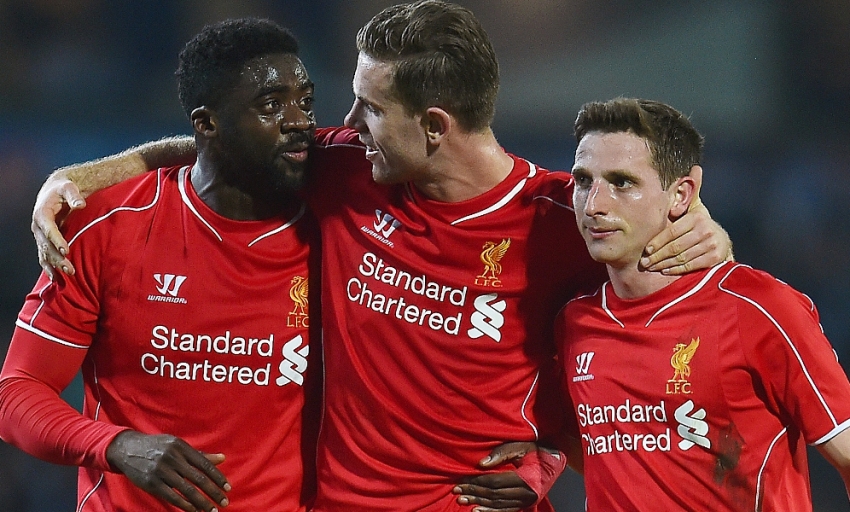 Brendan Rodgers revealed how Jordan Henderson was determined to dash back from the birth of his second child to captain Liverpool to the FA Cup semi-finals with a 1-0 win at Blackburn Rovers on Wednesday night.

The midfielder's partner gave birth to a baby girl overnight and Henderson left the Reds camp to attend the labour and spend time with his family.

The 24-year-old then rejoined up with his teammates at their hotel in Lancashire before turning in an excellent display at Ewood Park to help the Reds secure a place at Wembley against Aston Villa.

Rodgers explained in his post-match press conference: "Jordan Henderson actually had to go back from the hotel - his partner had their second child during the night, so he had gone away, hadn't slept so much and travelled back again and put in a performance like he did tonight, a real captain's performance.

"Some players maybe would have missed the game, but he said to me: 'Boss, as soon as the baby's out I'll be coming back!' There was a car waiting!

"He spent time with his young partner, child and family, which is great, but he said, 'I'll be back' - and he was. He had his lunch, he had a good sleep this afternoon and then played like a real captain."

Sakho was withdrawn after 28 minutes of the contest, while Sturridge made way with five remaining of the Cup tie.

"We'll see [with Sakho] in the morning," said Rodgers. "He felt his hamstring tighten, so we'll just need to see it.

"Daniel Sturridge had a bit of tightness, so we took him off and we'll assess that tomorrow."