To mark today's release of Men in White Suits, a book written by Simon Hughes that reflects on the fortunes of Liverpool in the 1990s, Liverpoolfc.com has an extract with former Reds manager Roy Evans…

Roy Evans's pupils narrow somewhat, although not in a hostile way. There is a sense of acceptance. He appreciates the subject matter is near, the one he has discussed during every interview since leaving Liverpool in 1998 following 35 years' service to a club where he filled nearly every staff role.

'I knew we'd get there eventually,' he shrugs, taking a momentary sip of his coffee before answering the question in front of him: did you feel let down by the players in any way?

'Listen,' he begins phlegmatically, sinking into the couch behind him. 'You can call them Spice Boys or whatever you want but when they played football matches they wanted to win.' A pause. More coffee. 'The attitude was always good when it came to the game. They had a great ability. Did we fulfil our promise? Probably not. On our day we were as good as anybody but our day was not quite often enough. We got caught out too many times believing we could attack any team and outscore them. It was my choice to go that way. Attacking was our strength. Just look at the players we had. But you could also say it was our downfall. The outside stuff - when players went home - it was irrelevant.'

There is a curious mix of positivity and stoicism in Evans' tone. He is clearly proud of managing Liverpool - a role he did not set about achieving.

'I never wanted to be a coach, you really must understand that,' he explains. 'I'd played a few games for Liverpool's first team. I was 26. Bill Shankly had just retired and Bob Paisley and Joe Fagan approached me, asking whether I wanted to join the staff. "No way," I told them. I felt like I had plenty of games left. It became a bit of a myth that I had problems with injuries. I just wasn't playing much because there were better options than me. In the end, Bob and Joe nagged for a while. They wanted me to take charge of the reserve team. "Why not take the chance?" they kept asking. Tommy Smith was my best mate and best man at my wedding. He thought it was a good idea. So after a lot of persuasion, I took it.

'It wasn't necessarily taught at Liverpool but in coaching terms, people weren't encouraged to be individually ambitious. You had a job and you did it. You didn't look for the next guy's job. If it came along, great. As time went on, I progressed. I became first-team coach, running on the pitch with the sponge. Then I became assistant under Graeme [Souness]. When Graeme left, I was offered the [manager's] job by the chairman at his house and I'd accepted it within an hour. It was all done in a day. I didn't ask him how much the contract was worth or anything like that. Until that point, I'd never really considered it, being a manager. But I realised too that I had a lot of experience having worked under some great people. I figured it was my turn.' 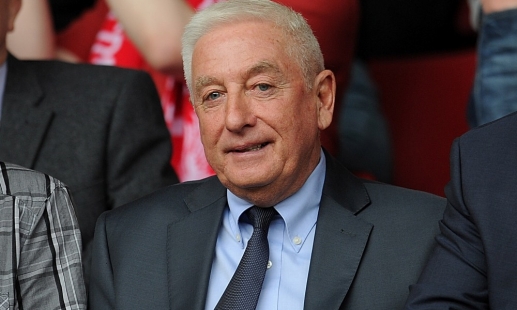 Evans was originally hired by a group of five men with a combined age of 259. Bob Paisley, Liverpool's new manager, was 55; his assistant Joe Fagan and head of youth development, Tom Saunders, were both 53. First-team trainer Reuben Bennett was nearly 59 - the same age as Bill Shankly when he retired a few months earlier, while Ronnie Moran, promoted from reserve to first-team duties, was the youngest at 40 but had nearly a decade of coaching experience behind him already. Evans was just 26.

These were people who since 1959, when Evans was 11 years old, had helped take Liverpool from eighth position in the old Second Division to the cusp of European greatness; avuncular types old enough to claim a pension. In normal circumstances, they would be travelling around Liverpool on reduced-rate bus passes, yet here they were at Melwood wearing tracksuits, heavy black jumpers and muddied football boots, showing professional footballers half their age how it is done in five-a-side matches.

They met in the Boot Room: a shabby space of 12' x 12' that reeked of dubbin, liniment and sweaty boots. There were no windows. Almost-empty bottles of whiskey stood on a few wall ledges and the floor space was disrupted by crates of Guinness Export and cases of Harp lager, which doubled up as chairs to complement the two real ones by the old wooden door. It was staff-only. Every day of the week, Paisley, Fagan, Moran, Bennett and Saunders would gather to discuss what had happened, the players - their efforts: what went well in training and what did not. Any player found lurking outside suffered the wrath of Moran. After matches, the tact changed and stars like musician Rod Stewart, opposition coaches and managers were invited in. Although the premise was for 'a cup of tea or a beer,' as Moran put it, in the true spirit of Liverpool, kidology conversations were geared towards gathering information that might lead to another Liverpool victory sometime in the future. Evans calls it 'interrogation by feather duster.'

Occasionally he'd show his face but Shankly, who had his own office and other duties to attend to, rarely ventured into the Boot Room. In his absence, the other staff members would even gather for a debrief on a Sunday morning from 10 until 12 after those of a religious persuasion had been to mass. Boots were washed and hung back on pegs: first team first and reserve team second. Kits were absent, however, transported home in wicker baskets. The staff did not trust external laundrymen after several had shrunk or gone missing on their return. It meant that responsibilities were shared, with Evans and Moran shifting the duty of washing shirts and shorts on alternate weekends to their wives, Mary and Joyce.

Imagine being so young and being welcomed into a place, which at the time was the place to be. It was like being invited on tour with the Beatles. But what made the Boot Room wasn't the room itself; it was the people inside it - the clever minds. In reality it was a little pokey space underneath the Main Stand filled with cases of beer, bottles of whiskey and boots hanging up.

The grounding helped Evans to trust himself years later when he was appointed as manager.

'The trick was to put your personality into it. I was never going to be a Ronnie Moran, someone whose work can't be underestimated. He made sure everyone fell in line and gets called the sergeant major but he was much more than that. Joe was the glue. Bob could hardly speak in a sense but everyone on the staff knew what he meant. Then I was the fella that put the arm around a few, hence the reputation as Mr Nice Guy. There was a great balance, all good people - nobody went after anyone else.

'I remember going to Man City once and we won convincingly. Joe was manager. Afterwards, we went into their Boot Room for a drink and one of their coaches comes in going, "Our manager picked the wrong team today." Joe looks at him and responds: "What are you telling us for? If you think that, go and tell the manager to his face, not us." That kind of thing never happened at Liverpool.

'When I was in charge [as manager], I'd discuss the team with staff a few days before. "This is what I'm thinking of." Then we'd go round the table, each person offering their own ideas. But once I'd made the decision, I'd insist they backed me. You should never as staff go behind the manager's back and try to be clever after the event. When you're part of a coaching team, you back the fella in charge.' 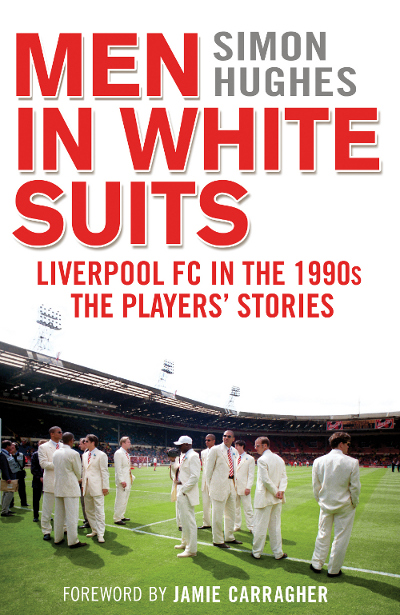