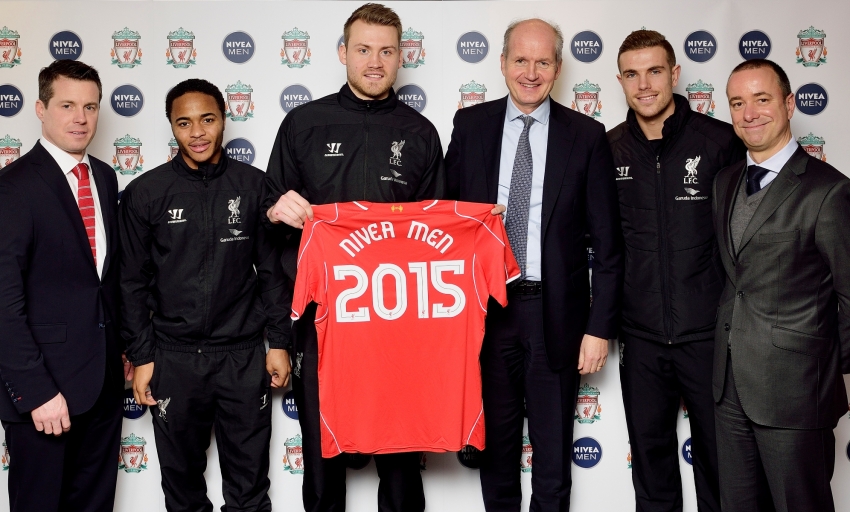 The multi-year partnership with NIVEA MEN, part of Beiersdorf Ltd, expands on its successful involvement with football, with particular focus on the United Kingdom, Sweden, Finland, Denmark and Norway.

"NIVEA MEN is one of the most recognised skincare names across the globe and we are delighted the brand has chosen to partner with Liverpool FC as it enters the world's most exciting football league," said Billy Hogan, chief commercial officer at Liverpool.

"We're thrilled to welcome our very first grooming partner to the LFC family and we look forward to some exciting campaigns over the coming years."

To launch the partnership, Reds stars Jordan Henderson, Simon Mignolet and Raheem Sterling feature in a NIVEA MEN television commercial which airs for the first time on Friday February 13 on Channel 4.

Andreas Ostermayr, northern European general manager at Beiersdorf Ltd, said: "We're delighted to be partnering with Liverpool FC, one of the world's most successful football clubs.

"Liverpool FC represents passion, quality and integrity - values shared by NIVEA MEN - and we're excited about the prospect of creating a memorable marketing campaign over the coming years with the help of Liverpool FC and its star players, staff and fans."