The new deal will see PPTV sponsor the video content section of Liverpool FC's Chinese website, which was unveiled a year ago.

PPTV will also receive exclusive content from LFC TV, which will add to their growing line-up of premium sports content.

"One year ago we revealed our official website for supporters in China, which communicates with fans in their local language," said Matthew Baxter, chief media officer at Liverpool FC.

"We are delighted with this new partnership with China's leading TV service, as we continue to work towards becoming the number one destination for Liverpool fans in the country" he added. 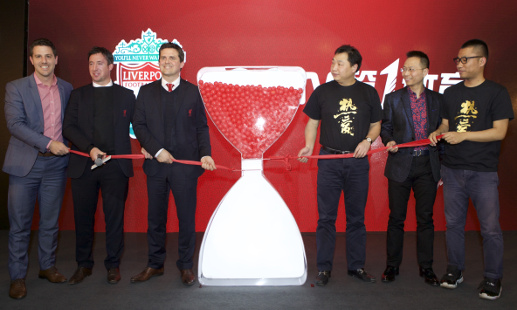 Liverpool were the first European football club to enter the online Chinese market in July 2011 with the launch of an official presence on the Sina Weibo platform.

The club has since launched three more official accounts in China - Tencent Weibo, Youku and Weixin (WeChat) - and is now followed by more than 2.5 million fans on Chinese social media.

"It is our honor to work closely with a club with such glorious history," said Fan Zhijun, CEO of PPTV. "As the leading sports video site, PPTV runs club channels for four major domestic clubs, which gathers a large amount of supporters.

"We hope that our cooperation will establish a platform to spread the passion of Liverpool FC among Chinese Kopites."

An independent survey conducted for the Barclays Premier League estimates Liverpool FC has almost 100 million potential fans in China and the club now boasts more followers on social media from China than any other country in the world.

The official Chinese Liverpool FC website can be found at cn.liverpoolfc.com.