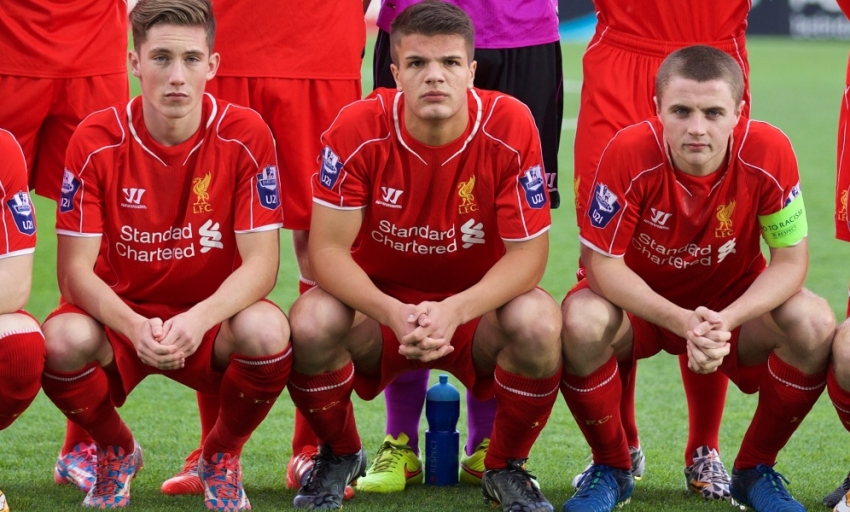 After watching Steven Gerrard make a 700th appearance for the club this week, Liverpool U18s defender Tom Brewitt revealed the inspiration he takes from the captain and Jamie Carragher.

The local lad, who celebrates his 18th birthday on Wednesday, has been with the Academy since the age of 10 and is now hoping to profit from the welcoming path open between Kirkby and Melwood.

Brendan Rodgers has already handed senior debuts to Jordan Rossiter and Jordan Williams this season, and Brewitt is aiming to eventually emulate the achievements of his young teammates.

"My focus is Liverpool," he said. "I want to keep pushing to get into the U21s and then the first team, and to train hard at Melwood when I get the chance.

"I was training there at the beginning of this week. Every time you go to Melwood you have to do well, not only fit in.

"You're not just there to make up the numbers, you've got to go there and make a statement that you want to be selected. You have to earn Brendan's trust."

It was during an opportunity to train at the Reds' base in West Derby that Brewitt first played with the talismanic Gerrard in a behind-closed-doors match.

The Englishman recalled: "When I walked into the changing rooms, there was a teamsheet in there and it had Gerrard playing at centre-midfield and me behind him at centre-back. I couldn't believe what was happening!

"I've been growing up playing football and watched Steven Gerrard for 10 years or so, then all of a sudden, I'm training with him. It was a surreal experience."

Carragher, another member of Liverpool's three-man 700 club alongside Gerrard and Ian Callaghan, is a natural role model for the ambitious Brewitt to follow.

The former vice-captain rinsed every drop of his ability to contribute to the cause and though his playing days are now over, he remains an example to follow.

"Carragher is obviously an inspiration to me," said Brewitt. "He's a Scouser who's played over 700 times for Liverpool. If I have half the career he's had I'll be more than happy.

"I try to base my game on him a lot because of everything he's achieved. I try to shout like him, act like him and lead like him.

"If I can emulate those players, I know I'll go far. If you work hard enough you can achieve whatever you want.

"My dream would be to captain the first team like Gerrard and Carragher have done. I want to lead out Liverpool at Anfield - it would be the ultimate dream."