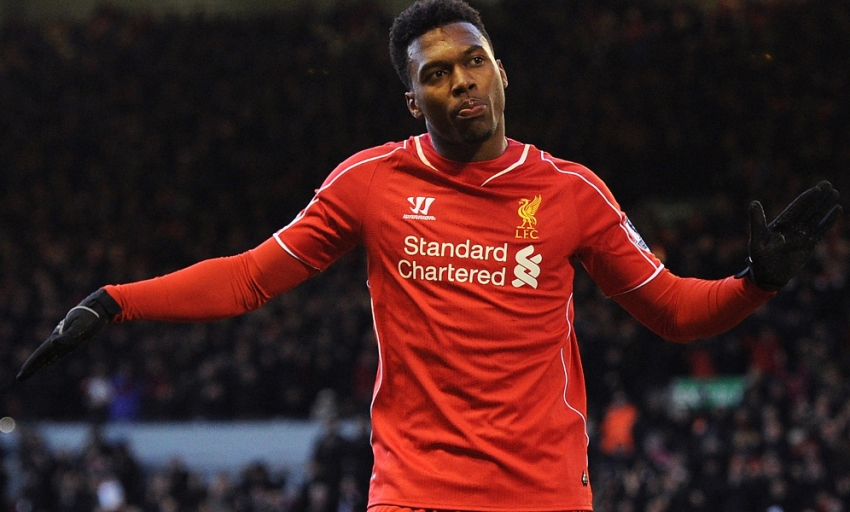 Photos: Sturridge and Sterling on the mark

Daniel Sturridge made a goalscoring return from injury to help Liverpool record a 2-0 victory over West Ham United at Anfield on Saturday.

The striker made his mark on the afternoon when he drilled home a near-post finish on 80 minutes shortly after being introduced as a substitute for his first appearance since August 31.

A magnificent one-two between Raheem Sterling and Philippe Coutinho had earlier opened up the Hammers' defence and allowed the former to slot home the game's opener.

Sturridge's goal, after another Coutinho assist, then put the seal on a fine day's work for the Reds, who extended their unbeaten run in the Barclays Premier League to seven matches.

Elsewhere, on the bench, Sturridge was named in the matchday squad for the first time in five months, while West Ham included two former Reds in their team in Andy Carroll and Stewart Downing.

Liverpool made an enterprising start to the contest and with just six minutes on the clock, fashioned a good chance to open the scoring. Lallana and Sterling combined, but a powerful James Collins challenge denied a shot at goal, and Lazar Markovic struck the rebound into a crowd of bodies.

In what was proving to be an intriguing encounter, Lallana then tried his luck twice at goal in quick succession, while at the other end, Enner Valencia slammed a free-kick into a Reds wall and Kevin Nolan had a close-range blast blocked by Martin Skrtel.

The hosts were looking particularly threatening on the break and just before the 20-minute mark, a speedy counter resulted in captain-for-the-day Jordan Henderson curling into the arms of Adrian after being teed up by Sterling on the edge of the area.

Soon after, Sterling's ingenious flick into Coutinho's path dissected the West Ham defence and released the No.10 into a shooting position, but his powerfully-struck drive was beaten away by Adrian's fists.

Simon Mignolet was called into action when Carroll's attempt to guide a header into the corner looped off Henderson and into the gloves of the goalkeeper.

Back came Liverpool and Lallana looked certain to net when a deflected Sterling effort ran into his path, but off balance, the midfielder was thwarted by Collins's challenge.

Then, in first-half stoppage time, Markovic spurned a glorious opportunity to put the Reds in front when he intercepted a wayward ball from Joey O'Brien, broke into space in the box but steered wide of the post from 12 yards.

The home team began the second period with positive intent and Alberto Moreno should have done better when a mazy run from Sterling down the right resulted in him delivering a ball to the back post, where the Spaniard's sliced volley went awry.

But Liverpool did finally put themselves in front six minutes after the break with a moment of brilliance.

Sterling bounced Moreno's delivery from the left off his chest and into the path of Coutinho before spinning into the box. In the blink of an eye, the Brazilian had returned the ball with a single touch and the Reds' England forward made no mistake with a neat finish.

West Ham had Adrian to thank for the hosts' lead not being further extended when he smartly stopped a drive from distance from Coutinho, though the custodian would have been able to do little about a similar effort from Henderson soon after had it been on target.

Then, on 68 minutes, it was time for the return of Sturridge after five months. The 25-year-old took the place of Markovic and was afforded an incredible reception from the home fans as he crossed the white line.

Winston Reid threatened to spoil the party when he glanced inches wide from a corner, but the moment everyone inside Anfield was waiting for finally arrived with 10 minutes remaining.

Collecting a well-weighted pass from Coutinho, Sturridge showed no signs of rustiness as he steadied himself before driving beyond Adrian at the near post from a tight angle.

The scenes of celebration that erupted inside Anfield of course included the 25-year-old's trademark dance as Liverpool were left to enjoy a day of many positives.