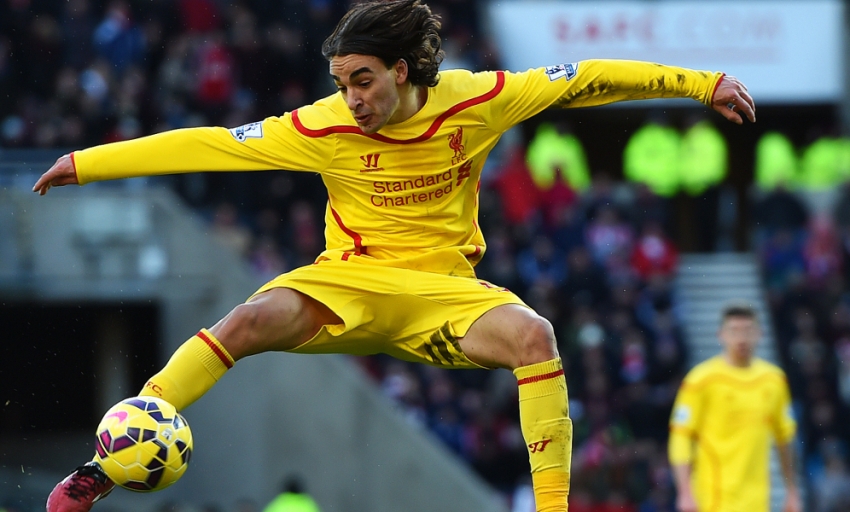 After being denied a serious Goal of the Season contender by only the crossbar last weekend, Lazar Markovic insists he will continue to attempt the unexpected for Liverpool.

The enigmatic Serbian had already earned the Reds an advantage in their Barclays Premier League meeting with Sunderland on Saturday by prodding home at close range on nine minutes.

Even before then, his intense pressing and determination perhaps should have resulted in a penalty as Wes Brown forced him to fall en route to the Black Cats' six-yard box.

Markovic's Man of the Match display at the Stadium of Light bore all of the hallmarks that moved Brendan Rodgers to recruit him last summer - energy, creativity, flair and work ethic.

There was also a touch of sheer ingenuity, an athletic leap into the air to meet a bouncing ball with an agile contortion of the body that allowed a looping right-foot volley from distance.

Mouths agape, teammates and opponents could merely watch and wait as the No.50's surprise strike clattered the woodwork and - via the goalkeeper's back - rolled out of play.

"If it had gone in, it would have been the best goal of my career," Markovic told Liverpoolfc.com, pledging that he 'will try' to find the back of the net in similar circumstances.

"I have watched other players and picked it up from them. I learned from the other players because I saw them do it. I had a go in the match.

"I haven't seen anyone try it like I did. [The technique] is very hard because maybe if I tried 10 times, I might not have scored a goal. But I think I was lucky as well."

When Liverpool's latest foray forward against Gus Poyet's outfit resulted in the ball spinning away into space outside the hosts' area, it would have been hard to predict what followed.

But such has been the increase in Markovic's confidence recently, the signing from Benfica felt compelled to buy a raffle ticket and trust his natural ability.

The 20-year-old, who now has two goals from 19 appearances for the Reds, added: "I was obviously shooting to score a goal, I wasn't aiming for the crowd!

"I was hopeful that it would be a goal. Nothing really goes through your head, you go for it. It didn't go in, but what can you do? You carry on."

A decisive contribution had already been secured by Markovic through his opener in the north east, which ultimately proved enough to claim maximum points for Rodgers' side.

The winger's first Liverpool goal arrived at Bournemouth last month, but the early conversion beyond Sunderland brought the joy of a maiden Premier League strike.

"I was absolutely delighted when I scored the goal," he admitted at Melwood in the days after the contest. "Everybody gathered around me.

"It was an unbelievable feeling. I have waited quite a while for that - I was hoping it would happen and I was absolutely delighted that it did."