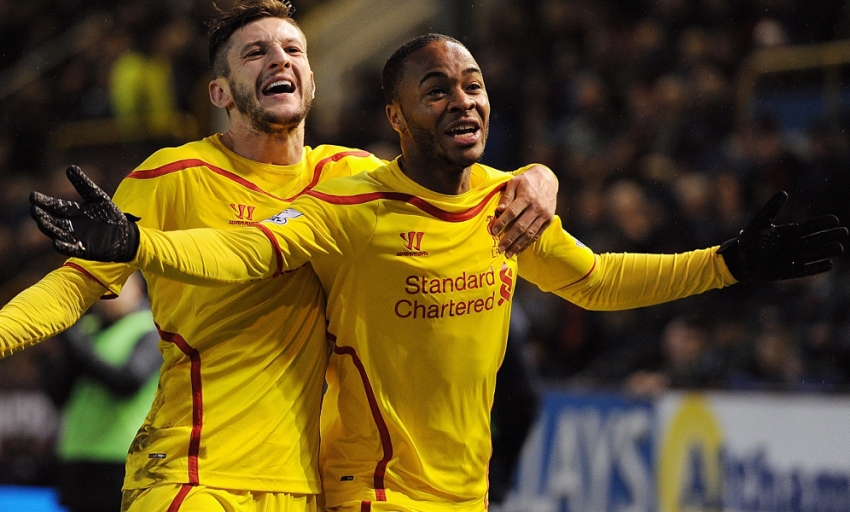 Raheem Sterling's second-half strike secured a 1-0 victory for Liverpool in a hard-fought Boxing Day contest with Burnley at Turf Moor.

The home team dominated the first half, with Danny Ings coming closest to opening the scoring when he struck the post, while Lucas Leiva diverted a goal-bound strike from Scott Arfield behind.

But it was the Reds who eventually broke the deadlock just after the hour, Sterling benefitting from some masterful assistance by Philippe Coutinho to round Tom Heaton and net.

That moment of quality proved the decisive blow in a tough encounter in Lancashire as Liverpool collected all three valuable points.

An unchanged starting line-up was the headline from Liverpool's team news announcement, along with a place on the substitutes' bench for 17-year-old Academy forward Sheyi Ojo.

Liverpool went into the festive contest with spirits buoyed by the commanding display turned in against Arsenal, in which they could consider themselves highly unfortunate to have only collected a point from a 2-2 Anfield draw.

A lively start ensued on a bitterly cold afternoon at Turf Moor; Sterling having the game's first real effort at goal with five minutes played when he dragged wide of the far post after a counter attack.

But Burnley had begun with clear intent and on 15 minutes, Ings spun into space from a throw in on the edge of the visitors' box. The striker drove low at goal and watched his attempt cannon against the base of Brad Jones's post.

That was the last action of the afternoon for the Reds goalkeeper - a knock forced him from the field soon after, with Simon Mignolet taking over custodial duties.

The hosts remained on the front foot and Ashley Barnes headed over the crossbar from a Dean Marney centre when well positioned. Burnley's early effervescence was proving a cause for concern.

Liverpool did threaten on the half hour when Steven Gerrard's expertly executed through ball allowed Adam Lallana to motor into space, but his hit was blocked by the gloves of Heaton.

Back came the Clarets and Lucas's outstretched boot diverted a volley destined for the bottom corner by Arfield wide after Mignolet's punched clearance at a corner had fallen for the midfielder.

George Boyd then had the home fans clasping their heads in their hands after his ranger narrowly cleared the crossbar.

The shrill of the half-time whistle will have come as a disappointment for Burnley having failed to take full advantage of their ascendancy, while there was plenty for Brendan Rodgers to ponder during the interval.

Indeed, the manager elected to make his second substitution of the afternoon at the break, with Emre Can replacing Kolo Toure in defence.

Slowly, Liverpool started to assert themselves on the contest - and on 62 minutes they went in front.

Magnificent control and skill from Coutinho saw him hook a ball over his own shoulder into the path of Sterling, who rounded Heaton before dispatching into the net in front of the travelling Kop.

The Brazilian's name was being sung vociferously by those fans moments later when more magical footwork saw him beat three defenders before having a shot deflected off target. He made way for Rickie Lambert shortly after as Liverpool looked to keep a firm grip on their lead.

There were chances at both ends before the game reached its conclusion, with Lambert having an effort ruled out for offside, but Sterling's goal proved the difference as Liverpool returned to Merseyside with the full haul of points.