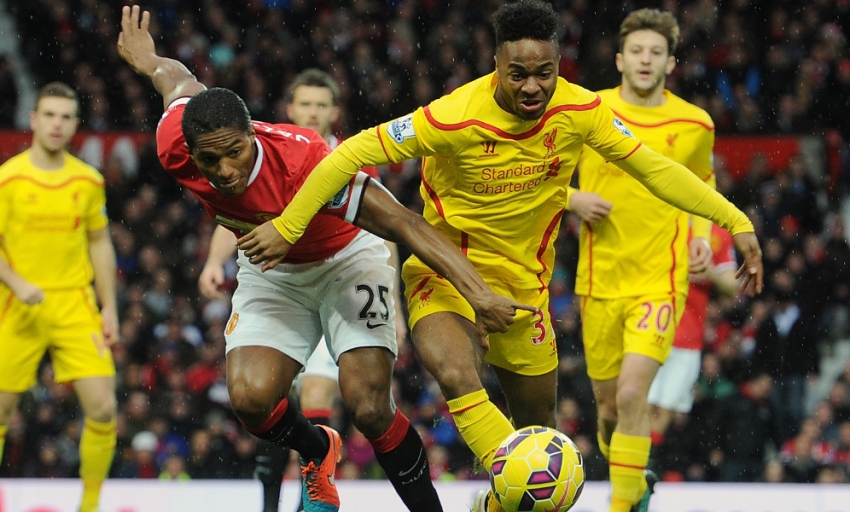 Liverpool were left to rue missed chances after they went down to a 3-0 defeat by Manchester United at Old Trafford on Sunday afternoon.

Wayne Rooney put the hosts in front after 12 minutes against the run of play, turning Antonio Valencia's cutback into the net from 15 yards.

Juan Mata doubled their lead before the break, nodding in Robin van Persie's flick from Ashley Young's deep cross from what appeared to be an offside position at the back post.

Raheem Sterling had a good chance to pull one back in the early stages of the second half when a loose back pass sent him through on goal, but he was denied by David De Gea, before the goalkeeper pushed a Mario Balotelli effort onto the bar.

However, United made certain of the outcome when Van Persie tucked in their third goal to finish a counter-attack on 71 minutes.

There were also berths for Alberto Moreno, Philippe Coutinho and Adam Lallana as Liverpool opted for a 3-5-1-1 formation at Old Trafford.

The visitors registered their first effort on goal inside the opening 90 seconds in the midst of a heavy Manchester downpour. A Steven Gerrard corner made its way to the boot of Martin Skrtel, via the head of Coutinho, and the centre-back's hook was blocked by Phil Jones near the line.

The Reds had started positively at the home of their rivals, and fashioned a good chance to open the scoring with 12 minutes played when a counter-attack resulted in Lallana slipping a reverse ball behind the United defence to put Sterling through on goal. The forward attempted to divert it across De Gea, but the goalkeeper's sprawl was enough to thwart it.

And just seconds later, Louis van Gaal's side went in front themselves. Valencia beat Joe Allen on the right before pulling the ball back for Rooney to steer beyond Jones from just inside the box.

It was harsh on Liverpool, but Sterling again found himself bearing down on De Gea once again soon after - this time his powerful near-post drive was deflected behind by the Spaniard's forearm.

Rodgers was forced into an early substitution in the moments that followed, with Glen Johnson needing to leave the field after picking up a knock. Kolo Toure was his replacement.

The Reds found themselves two goals behind five minutes before the break when Mata stooped to head in Young's cross. Replays suggested he may have been in an offside position as the initial ball was flicked on by Van Persie, but the appeals fell on deaf ears and it was allowed to stand.

Liverpool made their second change during the half-time break, with Balotelli entering the action in place of Lallana - and they fashioned an early opportunity as Jordan Henderson headed over from Sterling's centre.

Sterling then spurned a great chance to reduce the arrears when he pounced on a wayward back pass to De Gea from Jonny Evans. The 20-year-old attempted to round the custodian, but his final effort was saved by the United stopper.

At the other end, Van Persie stabbed wide of the near post from Valencia's low delivery, while Balotelli saw a thump from Sterling's cutback pushed onto the crossbar by De Gea.

With Liverpool pressing forward in search of a route back into the game, they were caught by a United counter-attack that resulted in Van Persie sweeping into the net after Mata had played Dejan Lovren's scuffed clearance into his path to secure the points for the home team.