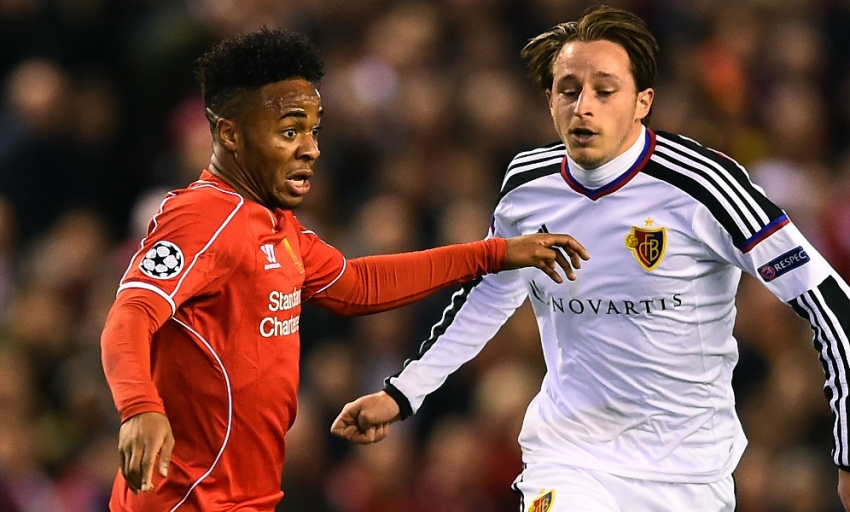 Liverpool have been eliminated from the 2014-15 Champions League after drawing 1-1 with FC Basel in their final Group B fixture on Tuesday night.

Fabian Frei tipped the advantage firmly in Basel's direction when he smashed in from outside the box little more than midway through the first half, earning Paulo Sousa's outfit a lead to preserve after the interval.

The Reds' ambitions received a further damaging blow when half-time substitute Lazar Markovic was dismissed just 15 minutes after entering the action, thereby leaving 10 men with a mountain to climb to stay in the tournament.

Steven Gerrard curled in a sublime free-kick off the left post to drag Liverpool back into contention and reignite the occasion in the closing stages, but the hosts could not find another goal to salvage their dreams late on.

Brendan Rodgers had opted for four alterations to his starting line-up. Joe Allen, Jose Enrique and Gerrard were favoured, while Dejan Lovren replaced Kolo Toure in central defence due to a groin problem ruling out the Ivorian.

The equation was absolutely simple - a victory would carry Liverpool above their visitors in the Group B standings and into the knockout stages of Europe's elite club competition. Any other result would spell a premature end for the Reds' campaign.

With the permutations for the evening so brutally clear, the home side needed no additional motivation for their task. But that did not stop the capacity crowd from offering a lift in the final moments before kick-off with a booming, extended 'You'll Never Walk Alone'.

Though Rodgers' charges were bright and purposeful in the opening exchanges, the first real opportunity arrived for the Swiss champions. Martin Skrtel stretched but could not stem an attack, allowing Luca Zuffi to feed Shkelzen Gashi, who blasted off target.

The combination work between Gashi and Marco Streller was a regular reminder of the Reds' necessity to balance their need to attack with diligent defending, notably when Glen Johnson and Skrtel were forced to double up and block out the Basel captain from close range.

Yet the challenge did increase after 25 minutes. Frei moved forward to concoct a one-two with the nimble Zuffi at the very edge of the penalty area and upon collecting the return, walloped an immediate left-footed strike into the far corner to beat Simon Mignolet.

Streller almost teed up a second for his team when he drifted into freedom on the left flank and sent a troublesome cross into the middle. The ball bounced out to Fabian Schar, but his first-time drive back in the opposite direction found Enrique in the way.

Played in behind the Liverpool backline two minutes before the half-time break, Gashi whipped a finish around Mignolet and into the same corner - but the assistant's raised flag cut short any celebrations of a second for the travelling fans.

When the two sides emerged for the restart and a decisive 45-minute period of Champions League football, Rodgers made two instant changes; Markovic and Alberto Moreno took to the field, replacing Rickie Lambert and Enrique respectively.

With Markovic a willing runner inside and outside on one wing and his fellow substitute stretching play on the other, the Reds suddenly showed more spark in front of the Kop, passing more crisply and taking a bolder approach in their forays forward.

But, after Taulant Xhaka had held off the attention of Moreno and gone dangerously close with an attempt from range, Markovic was adjudged by the referee to have used a high arm under pressure from Behrang Safari and shown a straight red card with exactly an hour played.

Still seeking an equaliser to swing back momentum, Skrtel took a wholly direct philosophy by thundering a piledriver from the right that briefly concerned Basel goalkeeper Tomas Vaclik but ultimately soared beyond the left upright of the goal.

The home fans leapt to their feet en masse in the 71st minute when a rapid counter-attack involving Gerrard, Jordan Henderson and Raheem Sterling ended with the skipper tumbling in the box, though Vaclik did get hands on the ball as the No.8 burst forward.

Then, 10 minutes later, a lifeline. Schar was penalised for a lunge on the outskirts of his own territory and Gerrard stepped up to the set-piece. He produced magic for his club yet again too, shaping a glorious free-kick into the very top left corner and setting up a grandstand finale.

A winner was agonisingly close when Moreno centred for Henderson to nod toward goal; his header took a deflection along its path and looked to be dribbling over the line until Vaclik recovered and smothered, much to the anguish of the Kop.

And despite peppering the Basel 'keeper with shots as the seconds ticked away, Liverpool could not capture a late game-changer and were frustratingly eliminated from the Champions League.