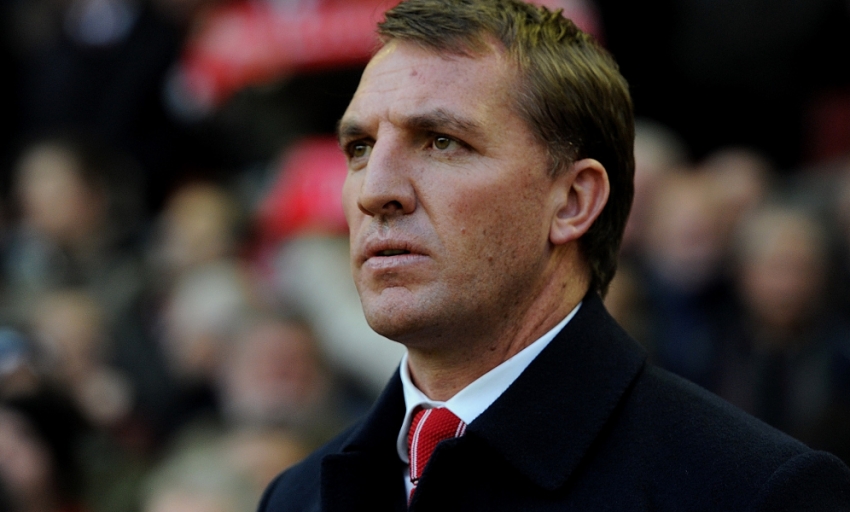 Brendan Rodgers felt a lack of first-half intensity hindered Liverpool's efforts to secure a third straight Barclays Premier League victory as they were held to a goalless draw by Sunderland on Saturday afternoon.

Buoyed by successive wins at home to Stoke City and away at Leicester City during the past week, the Reds entered their latest contest, with Gus Poyet's Black Cats, seeking to make it nine points in three games.

But a resolute display by the visitors at Anfield prevented Rodgers' charges from gaining another positive result, despite an improved performance in the second period and the subsequent pressure it exerted.

"The first half was a little slow in intensity - there wasn't too much happening in the game," Rodgers reflected at his post-match press conference. "The second half was much better.

"Our intention was obviously to go and win the game. In the second half, we pressed the game much better and had enough pressure in the right areas but the ball wouldn't drop to us and we maybe needed a little bit of luck.

"It was a big effort by the players. They have given everything that they have in the last few weeks. They are giving their all. It was important that we kept a clean sheet.

"We're having to go back to the basics of our game, making sure that we're solid and hard to beat. It is two clean sheets in three games and seven points out of nine this week."

Continuing his assessment of the game, he said: "Teams maybe come here a little bit deeper this year, and you've got to give Sunderland credit today as well - they defended well.

"We're a different team to last year, with different players at the top end of the field. Guys like Rickie Lambert are giving their all and working very, very hard.

"The supporters are used to seeing goals and that creativity, but it's a different team with different players. We have to continue to work hard - and that's what the players are doing."

Liverpool started the tie against Sunderland with captain Steven Gerrard among the substitutes, as the manager added Philippe Coutinho to his combination of attackers.

The No.8 was later introduced to provide his unique skillset with a quarter of the match remaining and quickly made an impact from a central role behind Rickie Lambert.

Asked about the decision to name Gerrard on the bench from kick-off, Rodgers agreed that the selection was based on considering a hectic fixture list throughout December.

The boss commented: "We have a big month. December is a big month - if you look through from now until the New Year, there are big games. The management of Steven is fine.

"There is no problem with that and we can't always solely rely on him. His talent is world-class, but the contribution has to come from around the team - it can't be up to him every single game to be the catalyst.

"He was excellent when he came on and, of course, he plays on Tuesday night. Stevie coming onto the field gives the world-class quality that the team needs and I thought he was brilliant when he came on.

"It's very hard to replace that quality - you saw that pass when he first came on. There are not too many players in the whole league that could play that pass.

"Certainly, it's something we need to find - a player of that stature, that quality. He's still got that talent. He's got world-class ability and at this stage of his career it's about me managing that along with him in order to play in the games."