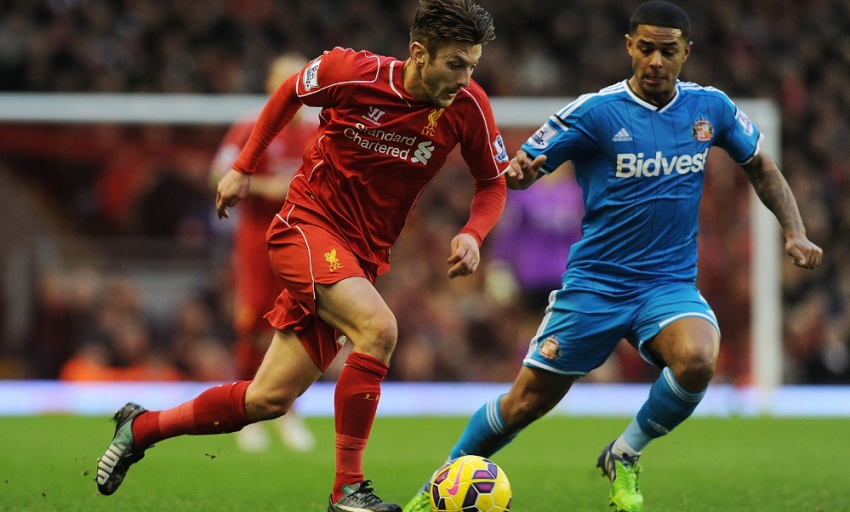 Liverpool were denied a third consecutive victory in the Barclays Premier League when Sunderland refused to yield to the Reds' exertions in a 0-0 stalemate at Anfield on Saturday.

Brendan Rodgers' side approached the fixture having been successful in their previous two outings against Stoke City and Leicester City, but on this occasion could not find the goal to claim more maximum points.

The Northern Irishman opted to make two changes from the starting line-up that defeated Leicester away from home in midweek, with Philippe Coutinho and Alberto Moreno restored to the manager's initial selection in place of Steven Gerrard and Javier Manquillo respectively.

Jordan Henderson was therefore handed the captain's armband from kick-off, while centre-back Martin Skrtel ran out for his 200th Premier League appearance in Liverpool colours on a crisp and cold afternoon inside Anfield.

The contest took some time to warm up too, other than Connor Wickham's demand for a penalty in front of the Kop in the fledgling exchanges and a blast from distance by Jordi Gomez on the quarter-hour mark that sailed off target.

Slowly but surely the Reds assumed control on their own turf and a delightful shimmy by Adam Lallana on the right flank earned enough space to loft a cross into middle for Rickie Lambert, who made contact with the delivery but nodded wide to the left.

Costel Pantilimon was forced to work when Coutinho bobbed and weaved gracefully before dispatching a low effort toward the near post that the Sunderland goalkeeper scooped up without undue alarm as the opening period reached its halfway point.

On 35 minutes, Wickham was again appealing for a spot-kick after he stole possession from Glen Johnson, thundered into the Liverpool area and fell - but, once more, referee Neil Swarbrick rejected any notion of awarding what the Black Cats desired.

The visitors were roused when they secured a corner in the final seconds before the interval, and Wes Brown should have shown greater accuracy than sending a header over the crossbar. It meant the two teams returned to their dressing rooms with the score goalless.

Gus Poyet's charges started the brighter upon their return and Simon Mignolet was briefly concerned when Gomez strode forward through the middle and punted at the bottom corner from 20 yards. However, a deflection carried the hit away from goal.

There was then an anguished expression etched on the Sunderland boss' face when a dangerous corner by his team was only cleared away to the troublesome Wickham on the left and the forward lashed a first-time volley the wrong side of the opposite post.

Needing to respond, the Reds produced a spell of dominance, with Henderson, Lucas Leiva and Coutinho all taking turns to train their sights, although ultimately none genuinely concerned Pantilimon between the posts.

With a quarter of the encounter remaining, Rodgers called for the skipper - on came Gerrard in a central attacking role, with Lallana the man withdrawn, seeking to pull the strings for Liverpool in search of the crucial breakthrough.

Perhaps it could have arrived when Lambert expertly knocked down a cross to tee up a strike by Coutinho, only for Liam Bridcutt to bravely throw himself in the way of the Brazilian's powerful drive from around the edge of the area.

Pantilimon had to be alert to block away another hit from the No.10 within moments, following a relentless solo run by Raheem Sterling that carried the winger beyond a succession of tackles before sliding a pass into the run of his teammate.

As full-time drew ever closer, the officials were unmoved when the Reds' No.31 believed he was tripped inside the box, while Henderson smashed a presentable shooting chance too high as the pressure on the away side rose. But the hosts could not summon the decider and had to settle for a point.