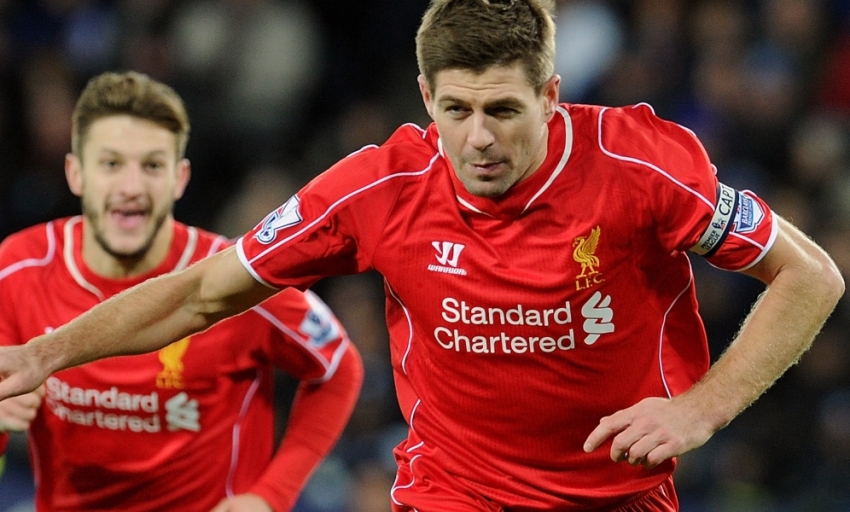 Liverpool came from behind to secure a second successive Barclays Premier League victory with a 3-1 triumph over Leicester City at the King Power Stadium on Tuesday night.

The Reds suffered the initial setback on 22 minutes when Leonardo Ulloa's near-post shot crossed the line via a combination of the post and Simon Mignolet's back.

However, they drew level quickly thanks to Adam Lallana lashing home a left-footed blast from 10 yards after the ball broke invitingly in the box from Lucas Leiva's cross.

Steven Gerrard then fired Liverpool in front nine minutes into the second half, capitalising on a half-clearance to side-foot the visitors into a 2-1 lead.

Leicester were reduced to 10 men just after the hour mark - Wes Morgan dismissed for pulling back Rickie Lambert with the forward through on goal - and Jordan Henderson made sure of the three points courtesy of a smart finish from Raheem Sterling's backheel in the final moments.

For Henderson and Saturday's match-winner, Glen Johnson, it was a landmark night with the former making his 150th Reds appearance while the latter was notching his 150th league run-out for the club.

Buoyed by that 1-0 victory over Stoke City, Liverpool began confidently in the Midlands; Martin Skrtel headed wide from a corner early on before Lambert's low ball across goal almost crafted a scoring chance for Sterling, but a combination of Kasper Schmeichel and Ritchie De Laet were able to ward away the danger.

Despite their positive opening, the visitors were almost behind on 21 minutes when Mignolet's attempted pass out of his area only succeeded in finding Esteban Cambiasso 25 yards from goal. The former Inter Milan midfielder elected to strike first time with the stopper well out of position, but he side-footed off target.

Nonetheless, Leicester were in front less than 60 seconds later. Jamie Vardy found himself bearing down on goal, but his drive was blocked by the forearm of Mignolet.

Skrtel then cleared from the line, but Ulloa collected the loose ball and struck a reverse shot towards the near side of goal, which hit the post before rebounding off the back of the grounded Reds goalkeeper and into the net.

Liverpool's riposte was near-instant as they took just four minutes to restore parity. Lucas swung a half-cleared free-kick back into the area. Lambert and Morgan tussled for it, with the Foxes defender only succeding in heading into the path of Lallana, who swept home a first-time left-foot volley.

The goal was the 26-year-old's 50th league strike of his career and meant the scoreline was tied heading into the half-time break.

It was the home team who began the second period in more sprightly fashion, but they were undone by a Liverpool counter-attack nine minutes after the restart.

Sterling paced down the left before delivering a low ball into the area. A defender stretched and got a foot to the ball in an attempt to clear the danger, but only teed up Gerrard, who expertly slid it into the bottom corner from 12 yards with aplomb. Indeed, it was a move started by the skipper back inside his own half.

Leicester's hopes of getting back into the contest suffered a blow soon after when Morgan was sent off for hauling back Lambert after his miskick looked to have allowed the striker a clear run at goal.

Next, Liverpool were calling for a penalty on 71 minutes when Gerrard sprung the offside trap to reach Henderson's pass. He collided with the on rushing Schmeichel, but referee Lee Mason waved play on.

The Foxes then threatened with Cambiasso driving a half-volley goalwards, only for it to strike Vardy and deflect behind for a goalkick.

But Rodgers' side made sure of all three points when Henderson rifled in Sterling's backheel after Schmeichel had spilled a deflection off Jeffrey Schlupp into the winger's path.