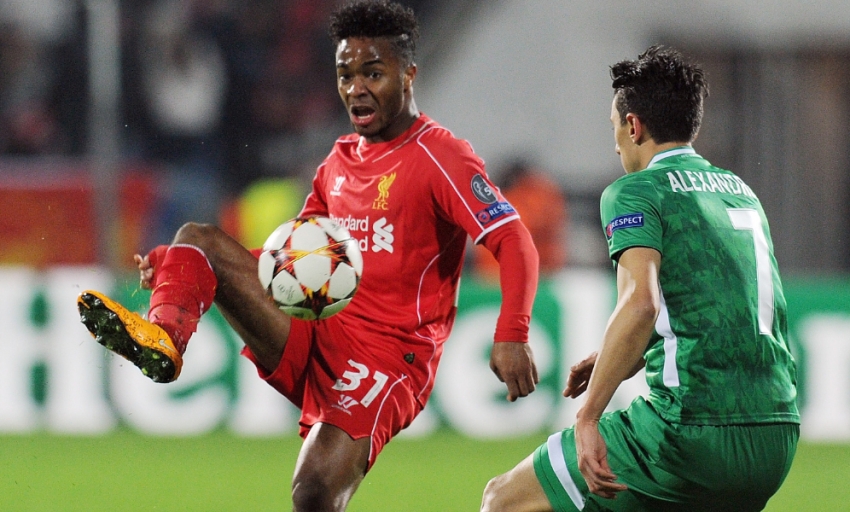 Liverpool's hopes of making the Champions League knockout stages rest in their own hands after a 2-2 draw with Ludogorets Razgrad in Bulgaria on Wednesday night.

The Reds endured a nightmare start to the contest when they fell behind after just three minutes. Simon Mignolet spilled a shot into the path of Dani Abalo, who tucked into the back of the net.

Liverpool then took the lead before the interval, with Henderson stabbing home Raheem Sterling's ball across the face of goal at the back post.

The England midfielder could have added a third midway through the second half, but fired high over the bar after Lambert's header had been blocked on the line, although the referee may have already blown for a foul.

But Ludogorets denied the Reds victory at the finish when Georgi Terziev headed in a corner at the back post to snatch a share of the points.

Nonetheless, with FC Basel losing at home to Real Madrid, it meant the result put the Reds' chances of making the last 16 of the tournament firmly in their own hands - and victory over the Swiss outfit at Anfield in a fortnight will be enough to secure qualification from Group B for Brendan Rodgers' side.

The pre-match team news revealed a trio of changes from the team that had taken to the field against Crystal Palace on Sunday, with Kolo Toure, Lucas Leiva and Henderson replacing Dejan Lovren, Philippe Coutinho and Adam Lallana.

The Reds got the contest underway at the Vasil Levski Stadium knowing their Champions League ambitions remained possible, though it'd require a positive result in Sofia to prevent a premature elimination from the tournament.

Ludogorets had proven stubborn opposition when the teams met at Anfield back on Matchday One, with a stoppage-time Steven Gerrard penalty needed to secure a 2-1 victory for Liverpool.

Rodgers' side, therefore, were well aware of the test facing them in Sofia - and their task was made even more difficult with fewer than three minutes played when the hosts took the lead.

A swift counter-attack resulted in Marcelinho trying his luck from the edge of the box. The effort was blocked by Mignolet, but the goalkeeper could not keep hold of the ball and Abalo gleefully slammed the loose ball into the back of the net.

But it took Liverpool just five minutes to level. A long ball forward from Henderson was met with hesitation by the Ludogorets defence and Lambert took full advantage, showing good persistence to hold off Moti and head into the net from close range.

The speed of the Bulgarian side on the break remained cause for concern, however, and Toure's attempt to cut out a dangerous centre from Mihail Alexandrov almost resulted in the Ivorian diverting into his own net.

At the other end, Sterling did well to reclaim possession midway in the home team's half before striding forward and arrowing over the crossbar.

The 19-year-old's next involvement did bear fruit, though, when he laid on the assist for Liverpool to take a 38th-minute lead.

Combining well with Lambert down the left, Sterling sped into space before delivering an inviting ball across goal to meet Henderson's run. The vice-captain did the rest, side-footing into the back of the net and wheeling away in celebration to ensure the Reds held the lead at the break.

With news filtering through of Real's lead over Basel in Switzerland, Liverpool knew the value of holding onto their advantage.

Indeed, they should have gone further ahead on 63 minutes when more mesmeric wing play from Sterling resulted in Lambert's close-range header being blocked on the goal line by Stoyanov. The ball broke for Henderson, but he fired high over the bar when a goal appeared inevitable - though it may have been ruled out in any case.

The No.14 tried his luck again shortly after, seeing his dipping drive at the conclusion of a counter-attack beaten away by the goalkeeper.

Meanwhile, a Ludogorets attack resulted in Joe Allen deflecting Marcelinho's effort inches wide of the upright. The visitors then came away from a goalmouth scramble from the resulting corner unscathed.

With time ticking away, Gerrard dissected the home defence with a pass that sent Sterling bearing down on goal, but he was thwarted by the sprawl of Stoyanov.

And, with the game edging closer to its finale, Terziev denied Liverpool victory by heading in a late leveller from a corner - though despite the frustration, the Reds departed Sofia knowing a victory against Basel in two weeks' time will send them through to the Champions League knockout phase.