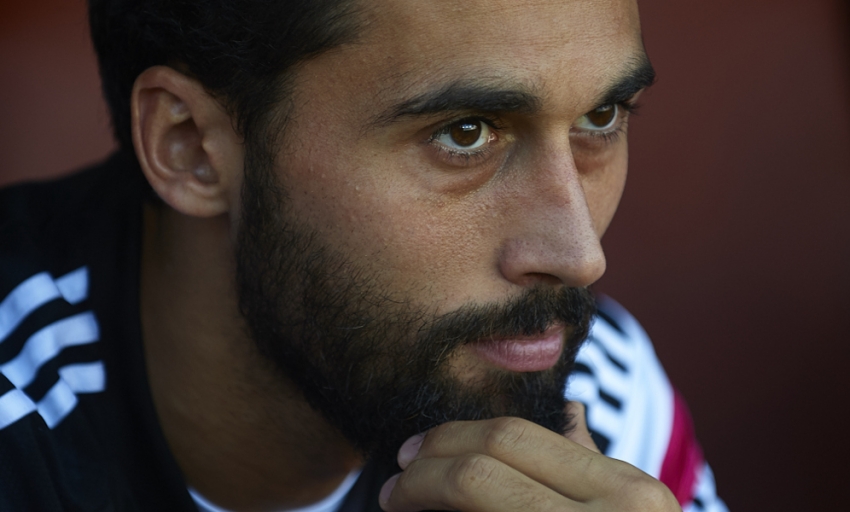 BR: Why Sturridge travelled to Madrid

Alvaro Arbeloa admits the reception he received from Liverpool fans on his return to Anfield left him overcome with emotion - and outlined why he's wary of the threat his former club will pose tonight.

The full-back was part of the Real Madrid line-up at Anfield on October 22 - and the ex-Red was afforded a warm welcome from the home supporters, who hold fond memories of his two-and-a-half years and 98 appearances at the club between 2007 and 2009.

It was an ovation that overwhelmed Arbeloa, who admits it was an experience he found both special and strange.

Speaking exclusively to Liverpoolfc.com at Real Madrid's Valdebebas training complex, the defender said: "It was really, really special and incredible for me.

"The fans were really warm with me. It was really emotional and I was really happy to be back at Anfield.

"It was a little bit strange hearing 'You'll Never Walk Alone' because I was on the opposition and it wasn't for me, but inside I was almost singing along. I could enjoy it and the atmosphere was great - as usual - at Anfield.

"The game was good for Real Madrid and the night was perfect.

"We played a fantastic game. We won the game, but Liverpool did well - but we took our chances and got the win. We played some great football and we did our best.

"I am really, really thankful to the fans. I was there for just two and half years, but I know now people haven't forgotten me. It was an emotional and amazing experience."

More than five years may have elapsed since Arbeloa departed Liverpool for Madrid, but he remains a keen follower of the Reds' fortunes - a team, he says, will always be in his heart.

"Once a Red, always a Red! Not only for me, but for the majority of players that have played for Liverpool," he said.

"You can feel that Liverpool lasts as a part of your heart. I will always remember Liverpool and their fans."

Arbeloa joined his Real Madrid teammates in returning to Spain after claiming a 3-0 win at Anfield, thanks to a brilliant effort from Cristiano Ronaldo and a brace from Karim Benzema.

However, the Reds' former No.2 insists that result counts for nothing this evening and is expecting to come up against a team determined to prove a point.

He said: "Liverpool need the points and will come to the Bernabeu to try and win the game. It's a big chance for them to play in this stadium and we know it'll be really difficult.

"Maybe they are not playing at their best, but it will be difficult because they have really good players such as Sterling, Balotelli and Stevie. They are a tough team.

"We know in the other game they could have scored because they have these good players. If we want to beat them, we'll have to do our best and keep playing as we have been.

"We are playing really well, we are scoring goals in the league and Champions League, but we'll need to work hard doing the same things."

Stay tuned to Liverpoolfc.com and LFCTV HD to see the full exclusive interview with Alvaro Arbeloa, in which he reflects on his Anfield career in full.