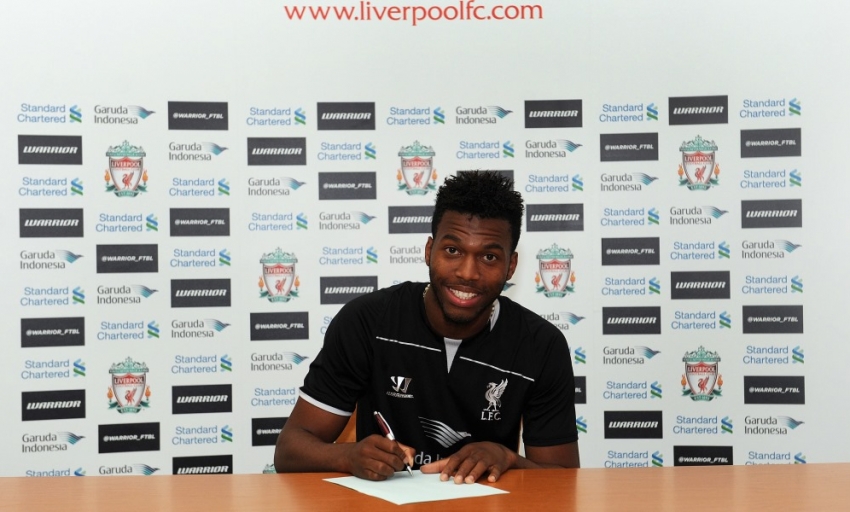 The 25-year-old has committed his future to the Reds by penning the deal at Melwood today.

Sturridge joined the Reds from Chelsea in January 2013 and has scored an incredible 36 goals in just 52 appearances for the club, while also firmly establishing himself as an England international.

Shortly after putting pen to paper on the deal, the striker told Liverpoolfc.com: "It feels great. It's a big, big day in my life to commit to this club and to give the club my best years, which are ahead of me.

"I am thankful for the opportunity and that is the reason I committed my future. Everyone has been great with me, from the fans to the staff to the players, so it was an easy decision. I'm happy with how everything is going."

Sturridge's 21 goals in the Barclays Premier League last season made him the division's leading English goalscorer.

The No.15 has missed Liverpool's last six matches due to an injury, but is closing in on a return to action - and he is clear in what he's hoping to achieve over the course of his new deal.

Sturridge said: "There are a lot of things I'm happy with how they've gone so far, but there is a lot to come. I've not shown yet what I can do - what I'm doing is just the start for me.

He added: "We were so close to success last season and it was a bitter pill to take not winning the league, but that's just a taster of what the fans will get - but hopefully this time we'll have the trophies to show for it.

"Everyone is very obsessive in terms of wanting success and being winners. That's what we are - that's the Liverpool Way."