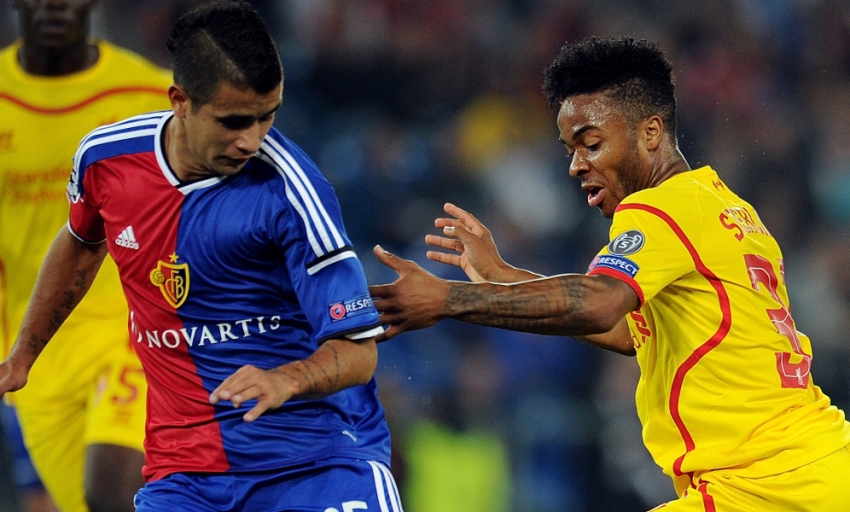 Liverpool's first Champions League away game of the season ended in defeat as they were beaten 1-0 by FC Basel in Switzerland on Wednesday.

Marco Streller was responsible for the game's defining moment when he lashed home from close range after Simon Mignolet had parried a deflection off Martin Skrtel on 52 minutes.

The Reds toiled in search of an equaliser, but were unable to restore parity as Basel ensured it was a night of frustration for the visitors.

Pre-match team news confirmed starting berths for Jose Enrique and Philippe Coutinho, with Alberto Moreno and Adam Lallana named on the bench as Brendan Rodgers elected to make two changes to the side that had begun the Merseyside derby on Saturday.

Elsewhere, Skrtel notched up his 250th appearance for the club by joining Dejan Lovren at the heart of the visiting defence.

Having seen off a spirited Ludogorets Razgrad on matchday one, the Reds journeyed to Switzerland aiming to ensure they went into the double-header with holders Real Madrid able to boast maximum points.

Liverpool may have been left frustrated by Everton's last-gasp equaliser at the weekend, but they started the contest like a side ready to take the game to their opponents from the off.

Indeed, with just three minutes registered on the St. Jakob-Park scoreboard, Raheem Sterling had the ball in the back of the net after neat build-up play from Mario Balotelli and Javier Manquillo. Unfortunately, the visitors' joy was halted by the sight of a raised flag from the referee's assistant.

The Reds continued to probe, though there were one or two anxious moments to contend with in the opening exchanges - not least when Steven Gerrard was pounced upon deep inside his own half as Basel engineered an opening for Streller, whose eventual drive was deflected behind by the lunge of Manquillo.

And the home side settled more as the game wore on. A fizzing blast across goal by Ahmed Hamoudi had the Basel fans clutching their heads with their hands after it arrowed wide of Mignolet's far post on the half hour.

At the other end, Enrique's delivery from the left was cleared into the path of Jordan Henderson, whose touch and prod towards goal struck the legs of Fabian Schar.

On 35 minutes, Serey Die bobbed and weaved his way beyond a clutch of defenders in the area, before toe-poking at goal - a strike that Mignolet was required to beat away to safety.

As half-time edged closer, Sterling stung the palms of Tomas Vaclik after collecting Henderson's cross-field pass and letting fly from the edge of the box, while Lovren's downward header from a Coutinho free-kick was easily claimed by the goalkeeper as the interval was reached without a goal.

Basel were the first to threaten after the break when Hamoudi sped into space down the left and arrowed at goal, forcing Mignolet to turn the ball around the post.

However, from the resulting corner, the ball ricocheted towards goal firstly off Lovren and then Skrtel, with Mignolet required to make a reflex save. However, Streller was on hand to lash home the loose ball and give Basel the lead.

Balotelli's driven free-kick from 35 yards was parried out by Vaclik and Lazar Markovic volleyed the follow-up against the legs of Schar as Liverpool threatened a swift riposte.

With little over 20 minutes remaining, Rodgers elected to introduce Lallana to the action, taking the place of Coutinho.

Shortly after, the England man linked up with Balotelli to craft a chance for Sterling, but he mis-controlled when faced with Vaclik. Seconds later, Markovic drove wide at the far post after collecting Enrique's low centre.

Gerrard's well-struck free-kick drew a stop out of the Basel custodian, but the Swiss side held out to pick up the three points and leave Group B wide open.