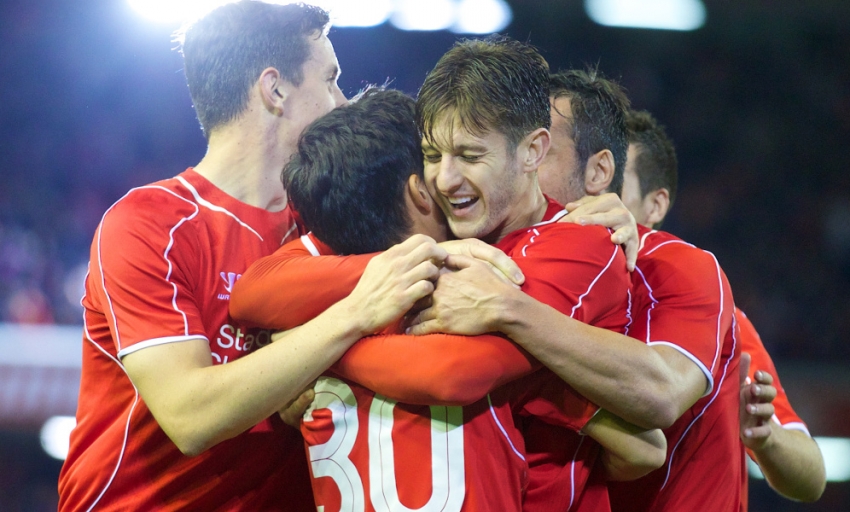 Liverpool booked their berth in the Capital One Cup fourth round with a 14-13 penalty shootout victory over Middlesbrough after another night of scarcely believable drama ended in a 2-2 draw at Anfield on Tuesday.

With both sides showing remarkable coolness under the pressure, a total of 30 attempts were taken from 12 yards and a winner was only found when the unfortunate Albert Adomah sent his second effort wide of the right post at the Kop end.

A level of composure that belied his tender years had brought an opener - and a true landmark - for Jordan Rossiter from fully 30 yards, but Boro battled back and levelled through an Adam Reach header shortly after the hour mark had passed.

Late substitute Suso thought he had notched the winner when he smashed low into the net amid a bustling goalmouth area after 109 minutes, but Patrick Bamford won a spot-kick in the final seconds of extra time and stepped up himself to stroke into the corner and call for the incredible spot-kick contest.

Whatever was to unfold during the 90 minutes, it was always going to be a night to remember for 17-year-old Rossiter and his family - the Scouse midfielder was handed a maiden senior start for the club, capping a remarkable rise through the Anfield ranks in recent seasons.

Brendan Rodgers had made significant changes to his line-up for the home tie, with the other notable highlight a first selection from the beginning for summer signing Rickie Lambert, who also took the captain's armband for the evening, with neither Steven Gerrard nor Jordan Henderson part of the squad.

And both of the Merseysiders were pivotal in putting the home side ahead on 10 minutes - and what a milestone moment it was. Raheem Sterling's pressure forced the ball to spill loose at the edge of the Middlesbrough area and though goalkeeper Jamal Blackman kept out Lambert's initial attempt, Rossiter followed up to coolly side-foot through a pack of bodies and into the net, sparking joyous celebrations.

Kopites reacted in typically delighted fashion, thrilled by the progress of the latest local talent, while messages of support from ex-players and current teammates flooded in via social media for the starlet who is now Liverpool's second youngest goalscorer in history, behind only Michael Owen.

Adam Lallana, growing in fitness and confidence with every passing minute, threatened a second strike midway through the opening period when he rolled into freedom in a central position and decided to blast low toward the left corner. But it travelled wide of the post on this occasion.

That magical early incident had momentum firmly behind the Reds, but the visitors served a polite reminder of their scoring potential when Grant Leadbitter's swerving corner in front of the Kop found Kike, who attempted to control a first-time volley but his effort was blocked away for another set-piece.

Then when Lee Tomlin scurried around a succession of stretched challenges by the Liverpool defence, the Boro forward's daisy-cutter was deflected off centre-back Mamadou Sakho and into Kike. Out rushed Simon Mignolet to importantly parry the rebound.

Energised by five fruitful minutes, Aitor Karanka's charges committed themselves to an extended session of attack and Tomlin worked the hosts' stopper again by thrashing a dangerous volley from 25 yards that would have nestled in the bottom corner but for the Belgian's intervention.

The Middlesbrough No.10's determination to register at Anfield showed no signs of depreciating upon the two teams' return for the second half; indeed, within 60 seconds of the restart, he was whistling a drive narrowly past Mignolet's post to further warn Rodgers' players.

And the next blow was struck by the travellers. With Sakho penalised for handball on the far right flank on 62 minutes, Leadbitter dispatched another devilish set-piece that pierced the air and landed plum for Reach to fluidly redirect a header beyond Mignolet.

A week on from the Italian's own first goal for the Reds, the manager sent for Mario Balotelli as a substitute in response, replacing Lambert. Seconds previously, Sterling was fairly bumped off the ball inside the box following a flowing move involving Lallana and Lazar Markovic.

There was little chance of Boro yielding and Mignolet needed to sprawl to his right when Adam Clayton thrashed a fierce hit from the edge of Liverpool territory, then had Kolo Toure to thank for sweeping up any remaining concern with a sliding tackle.

The 79th minute heralded the conclusion of Rossiter's exertions - and the start of another debut. Fellow Academy prospect and namesake, Jordan Williams, took up residence in central midfield as extra time loomed large.

It was Clayton coming closest to settling the tie in normal time, as he glided onto a cute reverse pass by the troublesome Tomlin that fooled the backline and instantly clipped a shot from a narrow angle that bounced off the outside of the left post. 30 more minutes were ordered.

There was an element of each team cancelling the other out for much of the additional time, prompting firstly Jose Enrique and then Sterling to thunder attempts from distance in an effort to avoid the necessity for a shootout.

Then, finally, a breakthrough. Lallana released Enrique, rushing into support on the wing, with a sublime flick and when the Spaniard's cross caused mayhem in the Middlesbrough box, the ball broke out for Suso to hammer low and true in the 109th minute.

As the clock ticked into the final seconds of two hours' worth of football, that seemed to be the winner. However, Bamford streaked forward and drew a lunging foul inside the box from Toure. Penalty said the referee and the substitute himself found the target to usher in a decisive contest from 12 yards.

Bamford was unable to convert with his opening attempt in the shootout, but after Liverpool had been successful with four consecutive spot-kicks, Sterling missed to take it into sudden death. Goal after goal followed until Adomah eventually buckled, sending Rodgers' indefatigable team into the fourth round in circumstances few will ever forget.