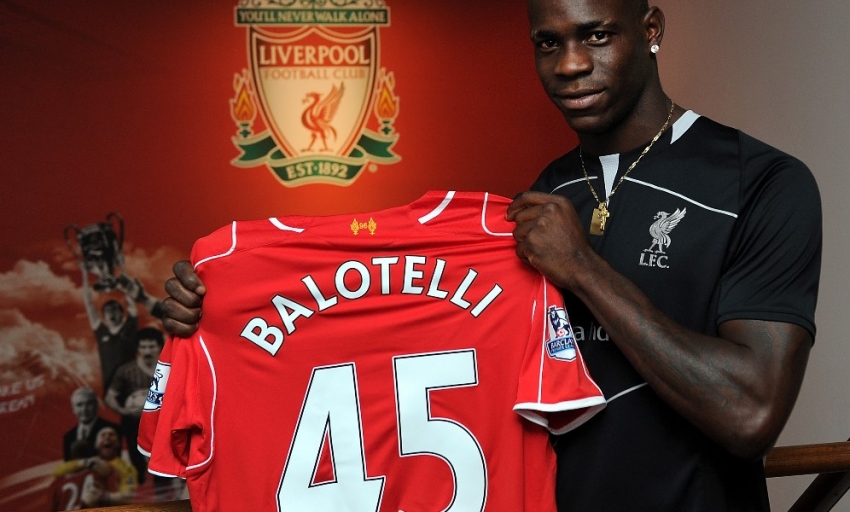 Mario Balotelli will wear the No.45 at Liverpool after completing his switch from AC Milan today, subject to registration.

The Italy international sealed the transfer to the Reds at Melwood, becoming Brendan Rodgers' ninth new signing of the summer window.

It was confirmed immediately that the 24-year-old had selected the same jersey that he wore at each of his three previous clubs - Milan, Manchester City and Inter Milan.

Balotelli told Liverpoolfc.com: "When I first played three or four games with Inter Milan, when I was young, I had No.45 because the numbers for young players were from No.36 to No.50.

"I took No.45 because I was joking that four plus five is nine - and I scored in all four games. It brings me luck and that's why I've always kept No.45."

Want to get 'Balotelli - 45' on the back of your Liverpool shirt? Head to the Official LFC Online Store now.