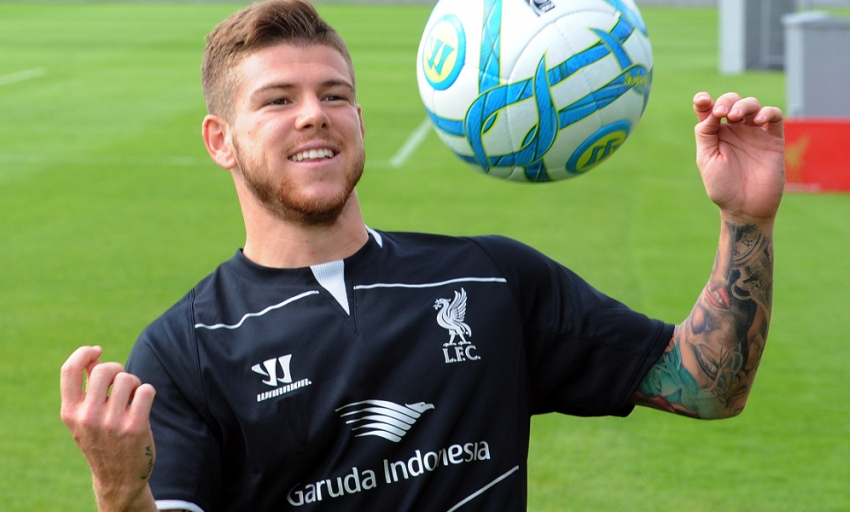 Rodgers: Reds will go there with belief

Spanish defender Alberto Moreno is a player that Brendan Rodgers believes has the skillset to be an important component of the Liverpool team both in the short-term and looking towards the future.

The 22-year-old full-back became the manager's eighth new signing of the summer earlier this month when he completed a transfer from La Liga side and Europa League champions Sevilla.

Having missed the chance to feature on the opening day against Southampton, Moreno is available for tonight's trip to Manchester City, with Rodgers confirming he will take up position in the squad.

As supporters wait for a first opportunity to see the Spain international perform for the Reds, the boss has enthusiastically explained why his signature was a major fillip for the club.

"He has got huge potential," Rodgers said of Moreno, who has won three caps for his country.

"We needed a left-sided player. We monitored him for a while and when we felt we got the value and the worth, we were able to clinch the deal.

"He's a really exciting young player. When you watch him, he's very attack-minded, very quick and he serves the ball really well.

"At 22, he's hungry to succeed. He has got improvements to make but he's one of the players we've brought in this summer who is ready to play straight away.

"We had a practice game here last week and he looked very good. He's one who is coming straight out of La Liga. He's come from the Europa League champions.

"He's done great. Last season he was one of the top left-backs in Europe and was highly sought after. He's a boy that will fit well into our way of working."

Before Moreno sealed his switch to Merseyside, compatriot Javier Manquillo had joined Liverpool on loan from Atletico Madrid - and has impressed with two diligent displays at Anfield.

Rodgers expects the former to settle into his new surroundings equally as quickly, but stressed how the Reds' new No.18 can develop into a mainstay of his young outfit.

"We've seen young Javier Manquillo come in with his hunger and show his willingness to go forward on the right," the Northern Irishman explained.

"This boy Moreno is the same on the other side. He's super quick, strong and a good passer of the ball. At that age he can come in and be here for a number of years.

"I'm really looking to build something here over the coming years but I also need players ready to play now and he's one of them."